Please Like Us!!!
DesiGoogly > “Zidd is full of energy and showcases the grit and determination of Rashmi” – Taapsee Pannu

Taapsee Pannu starrer ZEE5 Original movie Rashmi Rocket has already sparked a lot of excitement among the audience. From the unheard plot of the movie and Taapsee’s power-packed performance to an exciting ensemble cast and a song for every mood, there’s a lot to look forward to in the movie. Adding to the excitement is the launch of the song, ‘Zidd’ which is an inspirational track that is sure to become everyone’s favourite workout track. 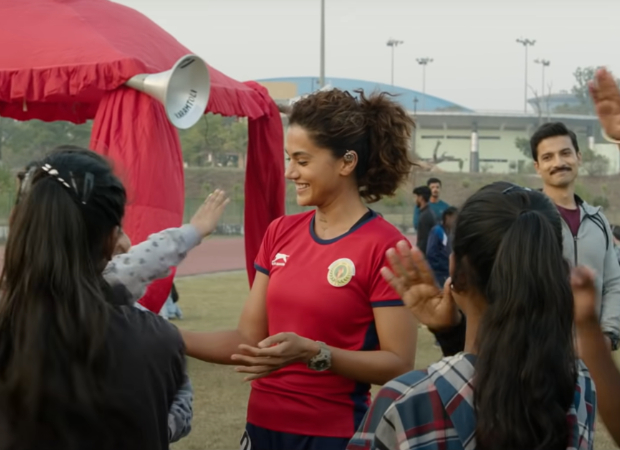 ‘Zidd’ is sung by Nikhita Gandhi, composed by Amit Trivedi, and written by Kausar Munir. Since Rashmi Rocket showcases an inspiring tale of a talented girl blessed with the gift of being an incredibly fast runner but the whose race to the finish line is peppered with many hurdles, the song is inspiring and moving in equal parts. The song showcases the spirit of ‘Rashmi’ who decides to fight against all injustice to protect her respect, honour, and even her identity.

‘Zidd’ is definitely high on energy and inspiration and will get anyway up and going! Taapsee shared, “Zidd is full of energy and the lyrics are spot on. This song showcases the grit and determination of Rashmi who has decided to win against all odds! I would say that this song in a way is the spirit of Rashmi. Amit Trivedi has a done a wonderful job and it has been beautifully sung by Nikita Gandhi.”

The movie is set to premiere on ZEE5 on 15th October.