Please Like Us!!!
DesiGoogly > Zendaya makes brown look fancy as she attends the Venice Film Festival in a Valentino outfit

Zendaya is the boss lady and every time she steps out, she stuns. Be it her classic red carpet look or effortless street style. She doesn’t fail to make heads turn with her style. 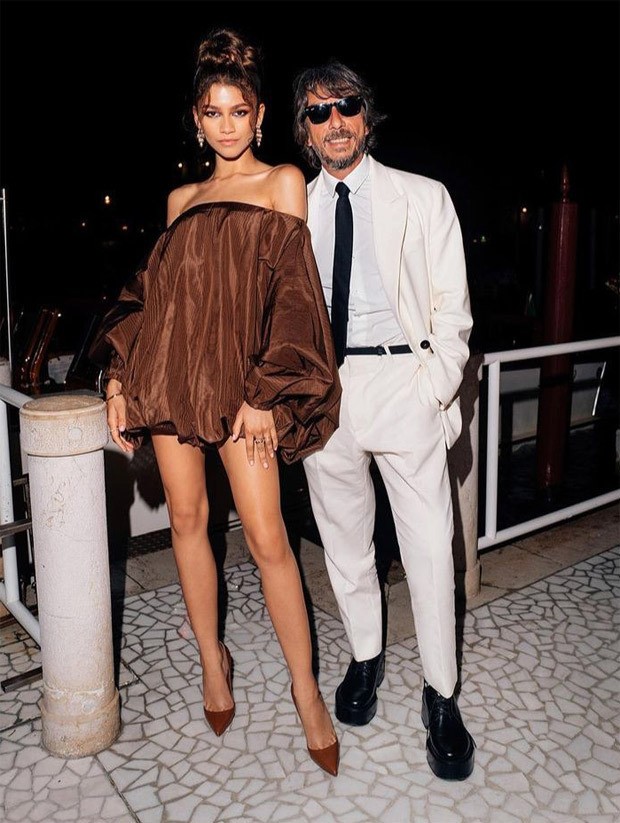 Zendaya looked like an absolute stunner at the Venice film festival. She made heads turn with her satin dress with crepe jacket and the gorgeous nude cast dress from Balmain. 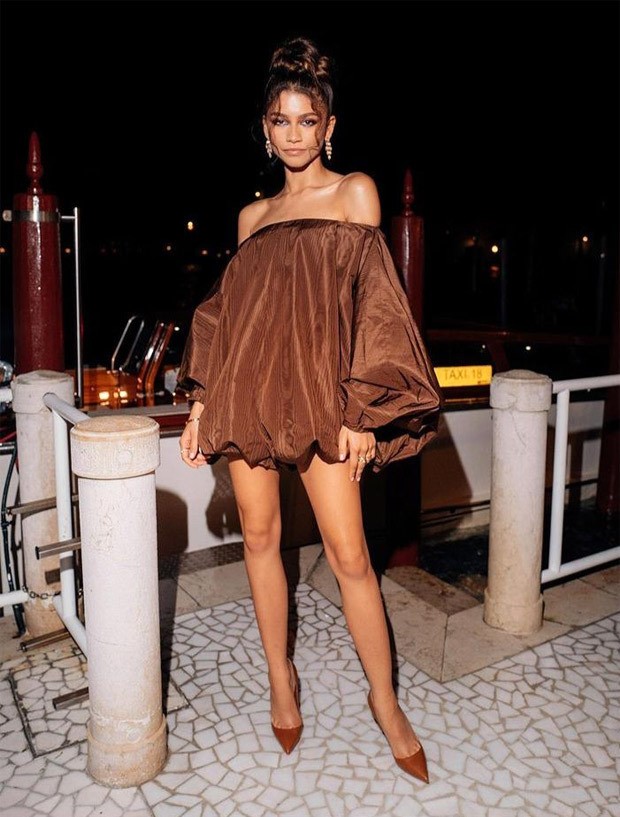 But yet again she made a quite a jaw dropping appearance in a brown balloon dress from Madison Valentino. She styled the custom-made Valentino Haute Couture Chocolate Organza and Moiré Faille Puffed Shorts. Zendaya kept the look quite monotone with brown pointy pumps with the off shoulder number with dewy makeup and Smokey eyes, pulled back hair with stray hair and simple diamond jewellery.

Meanwhile, the twenty five year-old will also be seen in Spider-Man: Far From Home with Tom Holland, Jacob Batalon and Benedict Cumberbatch in lead roles. The trailer of the film trended as it confirmed that Alfred Molina’s Doc Octopus from Spider-Man and other villains from the Spider-Man films starring Tobey McGuire and Andrew Garfield will appear in the film. Apart from that, Zendaya will also be seen in Euphoria season 2 with Hunter Schaffer, Jacob Elordi, Alexa Damie, Sydney Sweeney, Barbie Ferreira and Maude Apatow.

Zendaya has also been making to the headlines for her rumoured relationship with Amazing Spider-Man co-star Tom Holland. The two were spotted at multiple occasions in the past few weeks and rumours have been rife about their romantic union.

Zendaya also made headlines after Tom Holland made their relationship Instagram official on her birthday a couple days ago.