Please Like Us!!!
DesiGoogly > You and Uncle have me for life: Major actor Adivi Sesh wishing Sandeep Unnikrishnan’s mother on her birthday

Marking the birthday of Sandeep Unnikrishnan’s mother, actor Adivi Sesh, who slips into the martyr’s character for the upcoming film Major, took to social media to express his gratitude towards the parents of late army officer, Major Sandeep Unnikrishnan. 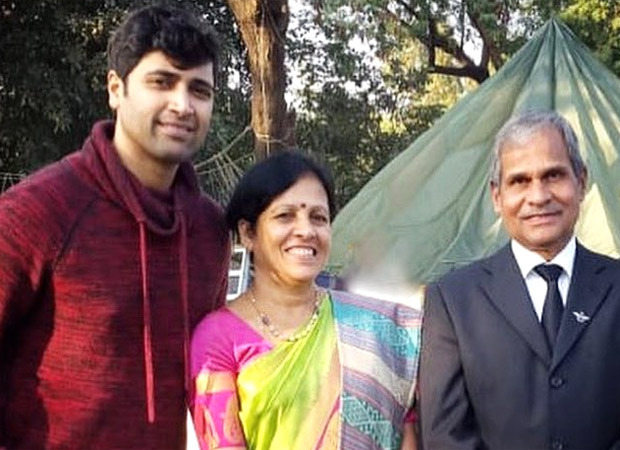 Adivi Sesh shared a picture with Sandeep Unnikrishnan’s mother and father to wish the martyr’s mother saying, “Happy Birthday Aunty 🙂 I’m honoured to play your son in #MajorTheFilm. Thank you for believing in me. For being there for me. No matter what, You and Uncle have me for life. #MajorSandeepUnnikrishnan”.

Thank you for believing in me. For being there for me. No matter what, You and Uncle have me for life. #MajorSandeepUnnikrishnan pic.twitter.com/vDCsb0BD6d

Earlier last year, on the death anniversary of Sandeep Unnikrishnan, Adivi Sesh opened up about an emotional experience with Sandeep Unnikrishnan’s mother, saying, “We had already said our byes to uncle and aunty and were standing near the lift and dur se aunty ne mujhe dekha and she said ‘Idhar aao’ in heavily accented Hindi, so I went to her and she looked me in the eye and she said ‘durse bilkul mera beta lag raha hai.’ She had a tear in her eye when she said that. I think that is the moment I knew, that I had their permission to tell a story inspired by their son’s life.”

The makers of Major had released the teaser of the film tracing the varied dimensions of Sandeep Unnikrishnan’s life, from his childhood, teenage to his glorious years in the army. Celebrating the heroics of Major Sandeep Unnikrishnan, Major not only depicts his death but embraces the spirit with which he lived.

Directed by Sashi Kiran Tikka, the multilingual film starring Adivi Sesh, Sobhita Dhulipala and Saiee Manjrekar will be released in Hindi and Telugu. Produced by Sony Pictures Films India in association with Mahesh Babu’s GMB Entertainment and A+S Movies, Major is slated to release this year.