Please Like Us!!!
DesiGoogly > Yami Gautam wraps up the shoot of Lost in Kolkata pens down an emotional note on the last day with the team

Actress Yami Gautam had started filming for Aniruddha Roy Chowdhury’s investigative drama Lost in July, has finished shooting for it. The actress will essay the role of a crime reporter in the movie, took to her social media handle, and announced about wrapping up the movie. The film will highlight the business of media ethics and principles. 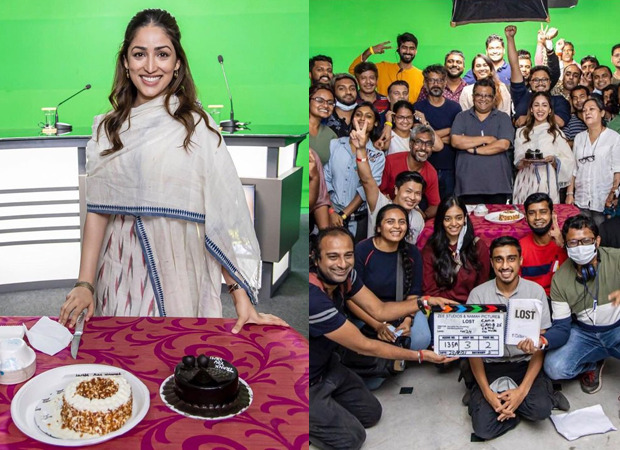 The actress posted the pictures from the last day of the shoot and penned down a heartfelt note which read, “As I wrap up ‘Lost’ today, I reminisce the lovely moments I experienced while working on this special film with a big smile in my heart. A big thank you to the entire cast and crew of ‘Lost’, who as days went by, became part of this journey. My heartfelt gratitude to Tony da who is not only one of the most incredible directors I’ve worked with but also and amazing human being. A film like ‘Lost’ can only be directed by someone who has the purest intentions! We faced many challenges with the weather, the chaos of shooting at live locations, the battles of shooting at congested places in covid times… but we stuck together as a team & it was all worth it in the end. My gratitude to dada’s lovely wife, Indrani ma’am for all the warmth & unmatched hospitality and for feeding me the most amazing home cooked Bengali food everyday so that I didn’t miss home. I’d also like to thank Avik da, a genius at cinematography and his team along with the absolutely brilliant direction and production teams.Shooting for ‘Lost’ has been an unforgettable experience and I’m truly thankful to each and everyone who helped and contributed in different ways, going above and beyond their tasks and duties and making it one of my most treasured experiences. It has been a life enriching experience shooting for ‘Lost’, all thanks to the supportive cast and crew who went beyond their tasks and duties to make everything seamless for all those involved. A big hug and many thank yous to my own team, Manisha, Vidhi, Humera, Sanya, Shivraj and Ram. You’re the team I can always lean on. #TeamLost”.

Lost is produced by Zee Studios and Namah Pictures starring Yami Gautam, Pankaj Kapur, Rahul Khanna, Neil Bhoopalam, Pia Bajpiee, and Tushar Pandey in crucial roles. The film has been extensively shot across the cities of Kolkata to showcase the undersurface of a metropolitan city.

Also Read: This is how Yami Gautam is prepping for her character of a feisty crime reporter in Aniruddha Roy Chowdhury’s LOST