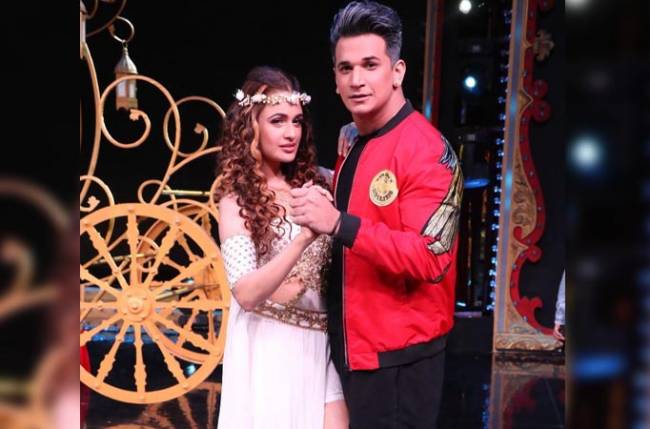 MUMBAI: Prince Narula and Yuvika Chaudhary have since the start been one of the most liked couples on Salman Khan’s Nach Baliye 9. The duo has not only slayed the dance floor with their performances but has also been setting couple goals on the show with their chemistry and newly-married couple vibes.

The actor has already won three other reality shows including Roadies 2015, Bigg Boss 9 and Spiltsvilla 8.

The duo first met on the sets of Bigg Boss 9 and sparks flew. However, Yuvika’s early elimination put a temporary halt to their blooming relationship. Prince ended up winning Bigg Boss 9, and outside the house, the two met again, shot a song together and decided to spend the rest of their lives together. They tied the knot on October 12 last year.

In a recent post by their fans from Nach Baliye sets, you can see Yuvika in male attire and Prince in female clothes.

Have a look below, and tell us what you think.