When Karan Kundra SLAPPED a contestant on MTV Roadies

Did you know Karan once slapped an MTV Roadies contestant? Read on to know more 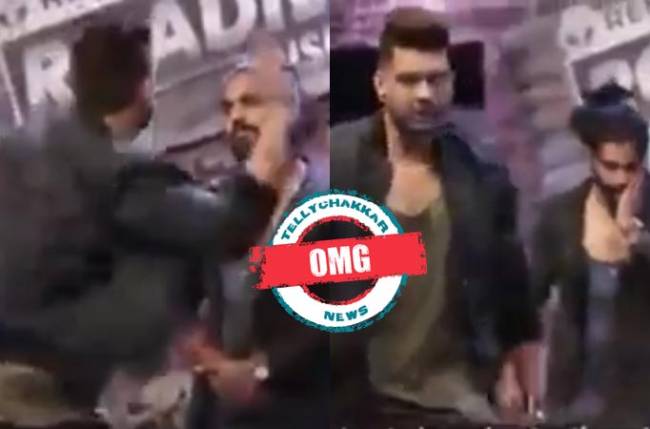 MUMBAI: When someone says Roadies, all you could think of how the contestants get grilled on the show by the mentors. (Read here: MTV Roadies Revolution: Contestant performs a monologue on Prince Narula and Neha Dhupia )

There have been many instances wherein the mentors have blasted on the contestants, some of these were appreciated by the audience while a few were criticised. Remember Neha Dhupia getting trolled for her ‘feminist comments’ on the show?

Well, TellyChakkar.com brings to you a throwback video of once MTV Roadies gang leader and judge Karan Kundra. In one of the auditions, Karan lost his cool. He tried to stay calm but in vain. He was so pissed off with the contestant that he went ahead and gave a tight slap to him.

Wondering why he did that? Read on…

The contestant who came for auditions expressed his embarrassment on his sister marrying his best friend. He felt that it was the most embarrassing moment of his life and he also mentioned slapping his sister for the ‘mistake’.

Have a look at the video:

Well, what are your views on Karan’s reaction? Is it justified or not? Hit the comment section below.