Please Like Us!!!
DesiGoogly > Vijay Varma heads home to meet his mother in Hyderabad, takes Neena Gupta along!

Gully Boy fame Vijay Verma is riding high on success ever since his hit show ‘Ok Computer‘ released. The actor is now on a quite surprising spree as he has taken on to his social media handle to upload a selfie with yet another fan-made artwork while heading to Hyderabad after a long time to meet his family. 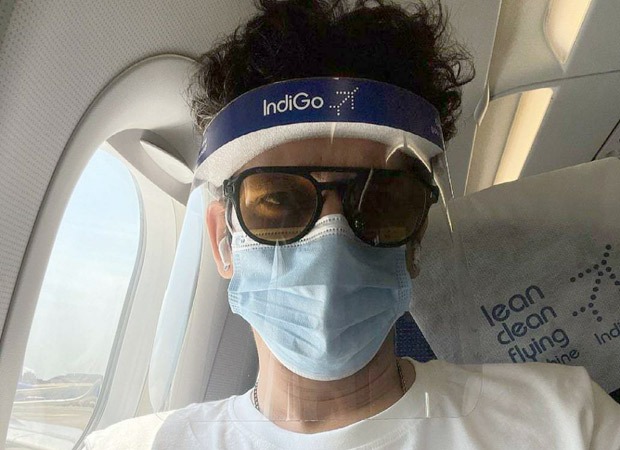 Wearing a White T-shirt and blue track pants, the avid sneaker lover headed to airport pairing the outfit with yet another sneaker of his from his varied collection. He had a Gully Boy mask on and his his T-shirt had a photo of Neena Gupta on a matchbox. The best thing about his attire was the fact that his Tee was a fan-made artwork and it would have meant the fan a lot as Vijay not only wore that Tee but also uploaded a selfie in it and tagged the fan.

Vijay has had quite the busy year and is now headed home after a very long time. He has been on the sets of his multiple upcoming projects in an endless loop and has finally taken a much deserved break as he heads home to his Maa.

On the work front, Vijay has ‘Darlings‘ with Alia Bhatt, and an unannounced web-show, and lastly Hurdang with Nushrratt Bharuccha and Sunny Kaushal in the pipeline.

ALSO READ: Vijay Varma on doing Darlings, “It feels surreal to be associated with Shah Rukh Khan for this project”