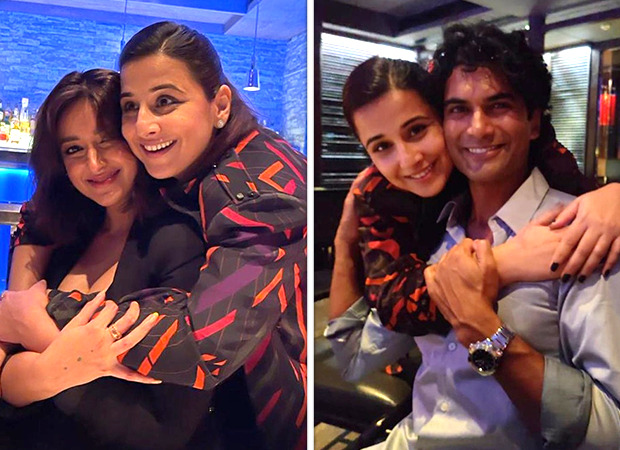 Vidya shared a couple of pictures of them at a restaurant in Mumbai. “Last night, after very very long…. With some of the loveliest people, over the best food, great conversations, hearty laughter and the most heartfelt hugs. Grateful, happy and blessed. (heart emojis) Missed youuuu @atulkasbekar @pratikgandhiofficial @shirshagt. Will miss you @sendhil_rama. Lots of love @ileana_official @sandhu_aditi @swatisiyer @tanuj.garg #sameernair.” she wrote

Pratik, who could not be a part of the celebration, took to the comment section and wrote, “Ohh I missed it big time. We have to have a party on the next schedule”. Sendhil of the Netflix show Never Have I Ever fame commented, “Miss you all already”.

The upcoming romantic comedy drama will be directed by Shirsha Guha Thakurta. Talking about the project, he had said, “When I first heard this story, I was instantly attracted to its universe- honest, funny and so today. The actors have been a dream to work with. Their generosity is something I will always cherish. My producers (Applause and Ellipsis) have been extremely supportive and stood by me like a rock. Yes, I’m nervous, but this journey so far has been truly special.”