Please Like Us!!!
DesiGoogly > Varun Dhawan poses with the Indian Women’s Football team at the airport

Bollywood actor Varun Dhawan and the Indian Women’s Football team bumped into each other at the Mumbai airport and gave the internet a picture-perfect moment. The Football team was headed to Brazil for a tournament when they met Varun. 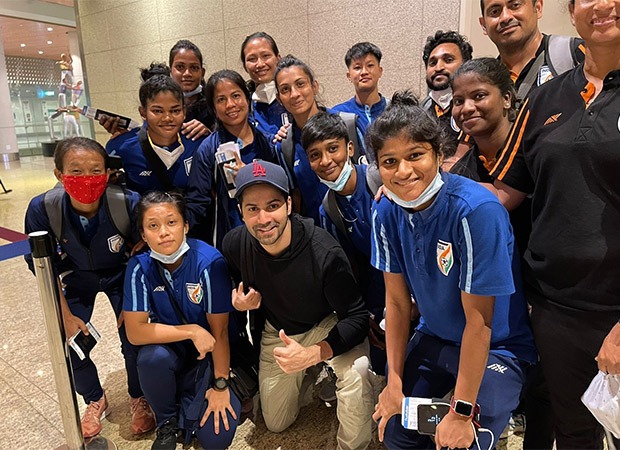 The Indian Football team were on their way to Brazil for the 4-nation International tournament. In the picture, the women in blue are all smiles as they posed with Varun who was dressed in a casual black tee and beige pants.

The team left on Saturday for the tournament in Manaus, Brazil. India will compete against Brazil, Chile, and Venezuela in their three matches. This is the first time that a senior Indian Football Team will play against Brazil.