Please Like Us!!!
DesiGoogly > Varun Dhawan grooves to ‘Husn Hai Suhana’ with a fan in Russia

Actor Varun Dhawan is known for loving his fans. In all his fan encounters, the actor has made sure that the fans go back with a smile. Recently, the actor got encountered with one of his biggest fans in Russia. During his visit to Australia, Varun was encountered by one of his little fan named Elina Smile. 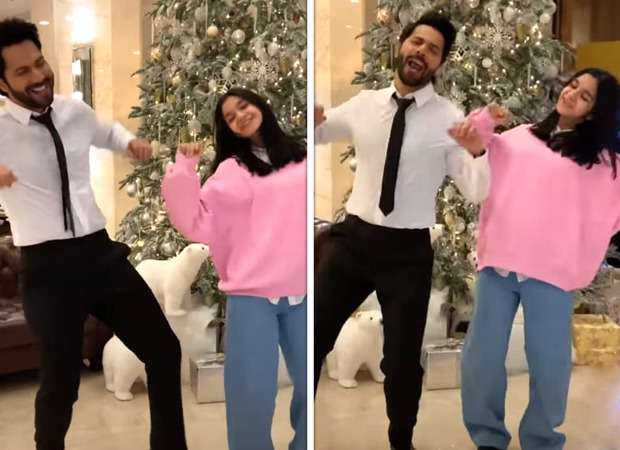 Elina is an actress and dancer by profession. She is also very active on social media and has posted several dance videos all on Bollywood songs. When Varun met Elina at a hotel both of them grooved to the song ‘Husn Hai Suhana’. The video has been shared by Elina on her official social media handle. Sharing the video, Elina wrote, “MY HERO @varundvn thank u for being in this life and thank you for inviting to do this together!! I can even dream about this but u made my life more happier. It was insanely nice to meet you in person.”

Varun Dhawan reshared Elina’s video on his story and wrote, “Hey Elina was lovely seeing you and Thank You for making me dance in (Russia’s flag emoticon). Didn’t know the song was popular there!!!”

On the work front, Varun Dhawan will be next seen in the film Bhediya and Jug Jugg Jeeyo. Both the films are slated for a theatrical release in 2022