Please Like Us!!!
DesiGoogly > Ursula Corbéro stuns in a full Burberry outfit 4 days before the much-awaited release of Money Heist Season 5

Ursula Corbéro stole our hearts with her role in the Spanish TV series Money Heist as Tokyo. The leggy lass is a total hottie and can never fail to impress with her quirky fashion and super edgy looks. 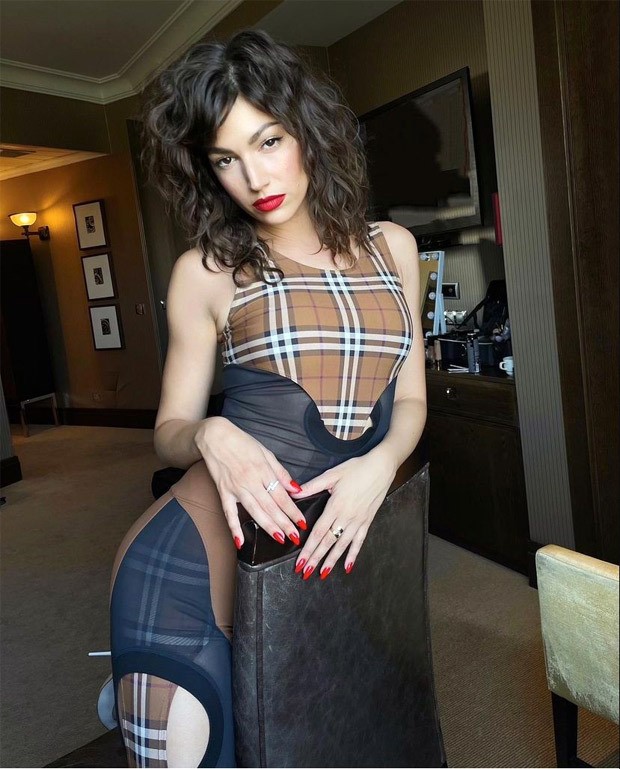 Ursula posted snaps of herself dressed in classic Burberry printed outfit, styled by Mimi Cutrell. She was seen in a sleeveless body fit top with bottoms and a sheer black corset fit on the abdomen. She looked gorgeous with soft makeup, natural blush and bold red lips. Her hair were in messy waves with an envious shine and bounce. Her caption in Spanish states- ‘4 days to La Casa de Papel Season 5 babies’.

Fans are eagerly waiting for the last season of Money Heist. The last installment has been announced on Netflix and will be releasing on September 3. She is also starring as one of the leads in the movie Snake Eyes also starring Henry Golding which released in theatres on July 23. The actor wrapped her share of filming for the show in May. At the time, she shared behind-the-scenes pictures with cast members. She also recently shared that she couldn’t stop crying while filming the finale.

Also Read: Beyoncé shows how to make hot pink your best friend as she stuns in an almost all-pink outfit with a black surprise