Please Like Us!!!
DesiGoogly > TXT drops promotional calendar that details key release dates for The Chaos Chapter: FIGHT OR ESCAPE 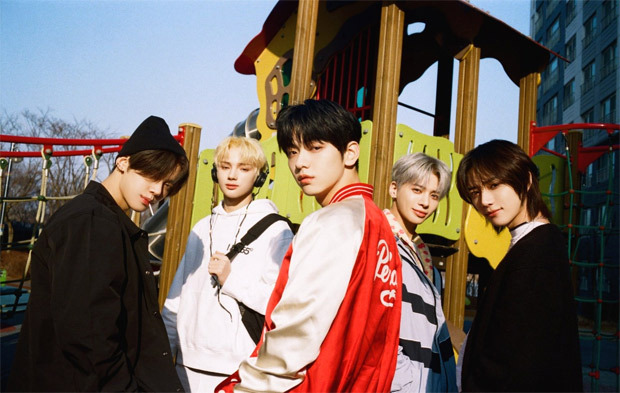 The Chaos Chapter: FIGHT OR ESCAPE is a repackage of the band’s latest album released in May, The Chaos Chapter: FREEZE, which depicted teenagers who have frozen as a response to the onslaught of the world. With catchy melodies and relatable lyrics, the album reflected the universal sentiments of Generation Z in today’s world.

The Chaos Chapter: FREEZE featured eight tracks including the title track ‘0X1=LOVESONG (I Know I Love You) feat. Seori’ and the band’s first English song ‘Magic‘. Following its release, the album debuted at No.5 on the Billboard 200 where it continued to chart for five consecutive weeks as of July 20 KST, and its English track ‘Magic’ became the #1 Most Added on Mediabase Top 40 Add Board on June 1. With The Chaos Chapter: FREEZE, TOMORROW X TOGETHER made two appearances on Good Morning America (GMA) and made their late-night television debut on The Late Late Show with James Corden.

Awaiting their August release, TOMORROW X TOGETHER revealed a promotion calendar that details key release dates for The Chaos Chapter: FIGHT OR ESCAPE. The calendar first announces the hashtag event ‘#LOOKBACK_MOA’ for July 23, followed by two versions of concept clips and photos, as well as various teaser content including a tracklist, album preview, and music video teasers.