Please Like Us!!!
DesiGoogly > Two years of Luka Chuppi: Kartik Aaryan says he is still overwhelmed by the love that the film and his character Guddu got

After Sonu Ke Titu Ki Sweety (2018) marked the arrival of Kartik Aaryan, it established him as the heartthrob of the nation. The industry and the viewers soon had bigger expectations from the actor and he had to prove his mettle with his next film. The release of Luka Chuppi (2019) further instated the stardom of Kartik, making him one of the most loved and popular performers of the industry. 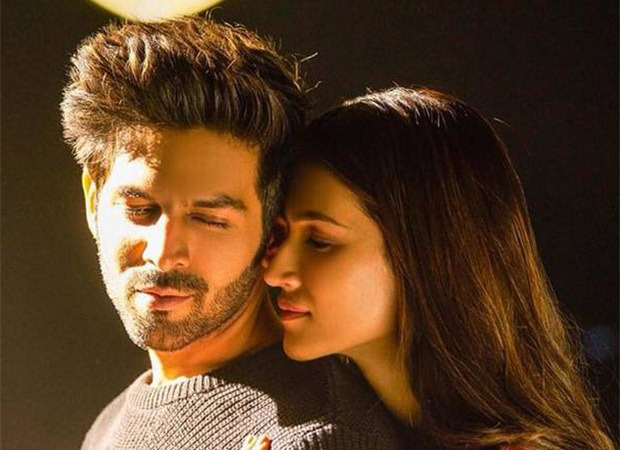 As Luka Chuppi clocks two years today, Kartik Aaryan celebrates another milestone of his arduous journey by taking to his social media. He posted the song Photo from the film and he captioned the post saying, “2 Years of Luka Chuppi. I am still overwhelmed by the love that you all have given to the film and #Guddu . Thank you” Guddu was indeed loved by everyone and the actor was top notch in the film. Creating a niche for himself as a strong performer, Kartik Aaryan won the hearts of the audience and critics alike with this film, breaking the mould of the characters he played earlier. He ventured into the rom-com space with an interestingly unique concept and a social message.

Taking on the narrative of love in relationships, Luka Chuppi gave Kartik Aaryan an individualistic identity as ‘Guddu’ the character. His bidaai scene from the film became the USP of the movie and had created a separate fanbase for its iconic moment.

Shot in Gwalior, Luka Chuppi witnessed Kartik Aaryan returning to his hometown to shoot a film for the first time, getting acquainted with the stardom and receiving abundant love and support from his fans and followers.

With diverse performances across varied genres, Kartik Aaryan’s line up boasts of films like Dhamaka, Bhool Bhulaiyaa 2, Dostana 2 amongst others.