Title of Imtiaz Ali’s next, starring Kartik Aaryan and Sara Ali Khan, to be UNVEILED in two days! 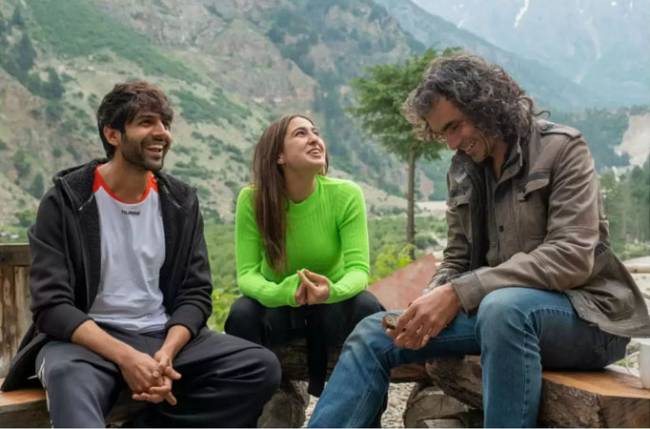 MUMBAI: The day of love, Valentine’s Day, has become a national holiday of sorts. All the films that release on this day have done exceedingly well. Last year, Gully Boy opened on this day and earned a huge Rs. 19.40 crore. 6 years ago, Gunday too managed to a smashing opening of Rs. 16.12 crore on February 14.

This year, this special day will see the release of one of the most awaited films of 2020, directed by Imtiaz Ali. It’s untitled yet and stars one of the hottest pairs today, Kartik Aaryan and Sara Ali Khan.

Their chemistry has been electrifying off-screen, and hence, the audiences can’t wait to see them together on screen. Moreover, with Imtiaz at the helm and Pritam Chakraborty giving music, its album is also expected to be something to watch out for.

The film opens exactly a month from now, but shockingly, the makers haven’t even revealed the title of the film yet. Also, there has been no clarity as to when the film’s trailer and music will be out.

Fans on the internet are already sharing their excitement and curiosity.

As per sources, Dinesh Vijan, producer and owner of Maddock Films, who has backed this film, in a recent interview said that you’ll know what the title is in two days. And this week, you’ll also have the theatrical trailer out.

Maddock Films today has become a force to reckon with. Not a single film of Dinesh Vijan’s banner has been a conventional entertainer. What’s more, most of them have been hits at the box office.