Please Like Us!!!
DesiGoogly > Tina Datta gives a smouldering look as she poses in a blazer and shorts

Tina Datta made her way to our TV screens with Uttran and ever since, she has given some great performances. She was recently in the news for being a part of the latest season of  Bigg Boss. 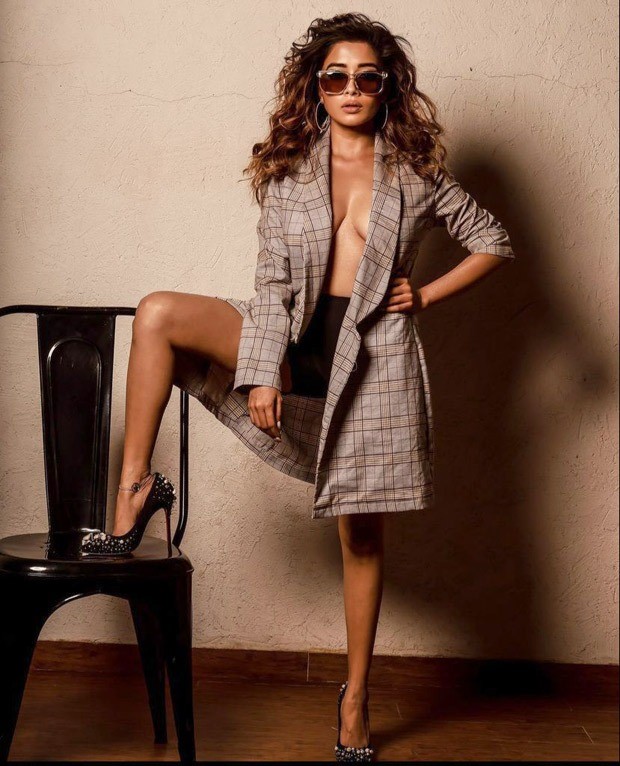 Tina Datta donned a sexy avatar for her latest Instagram post. She is seen wearing black cycling shorts with a grey plaid blazer and she left it unbuttoned. Her makeup was heavily bronzed with nude lips and her hair in a middle partition with messy, tight waves. She added a pair of silver hoops to the look with a pair of pointy black pumps with heavy rhinestone embellishments.

On the work front, Tina Datta, the actress was last seen on &TV’s supernatural show Dayan. She made her acting debut as a child artiste in a Bengali film Pita Maata Santan. She later appeared in several Bengali films and TV shows like Chokher Bali, Chirodini Tumi Je Amar, Khela and Durga. Tina rose to fame with Colors TV’s Uttaran where she played the role of Ichchha.

Also Read: “If a show like Money Heist were to be made as an Indian adaption, I would love to be a part of it” – Tinaa Dattaa