Rihanna has had a busy week. The singer and entrepreneur stepped out thrice week for dinner dates and well, fashion was so point. She has been spotted out and about town, dropping the best looks.

On April 6, she arrived at Nobu in New York for dinner. She wore red oversized leather jacket with ripped blue denims. She stacked her look with golden jewellery, kept her makeup minimal and braided hair. She covered her face with a black mask and teamed the look with black leather loafers. 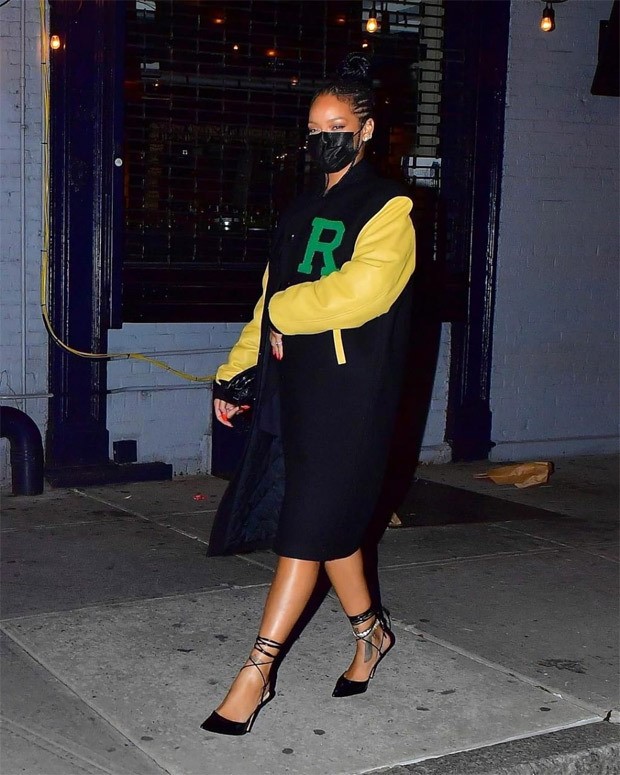 Rihanna was spotted on dinner date with beau ASAP Rocky at Carbone on April 5. She was seen dressed in an oversized letterman style coat with a letter R in green. The couple exited separately after having dinner. She kept her styling simple with black pointy heels with ankle ties and a diamond studded anklet. 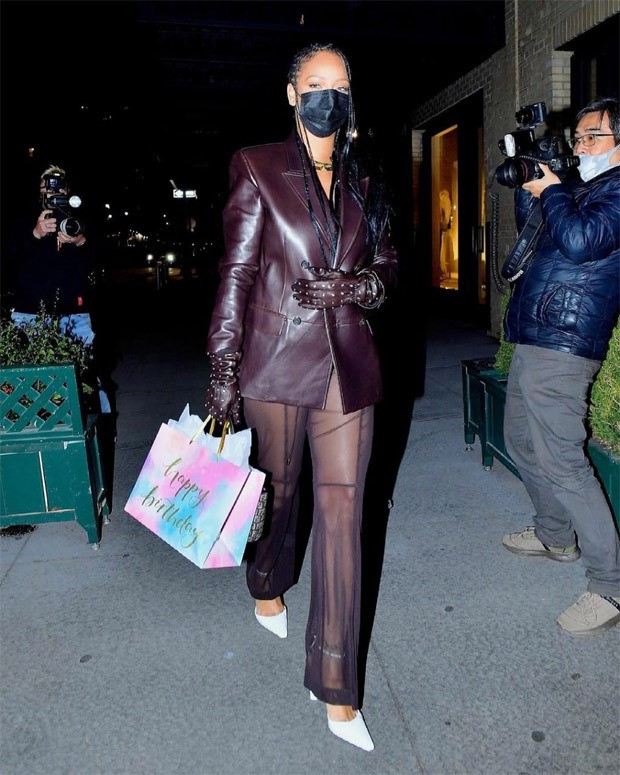 On April 4, Rihanna made another stop for her mother’s birthday. She wore a brown oversized leather blazer style jacket with sheer brown pants and gloves with white pearls. She kept her accessories gold and shiny just like her. She looked chic in this brown outfit with booths and her signature soft makeup. She 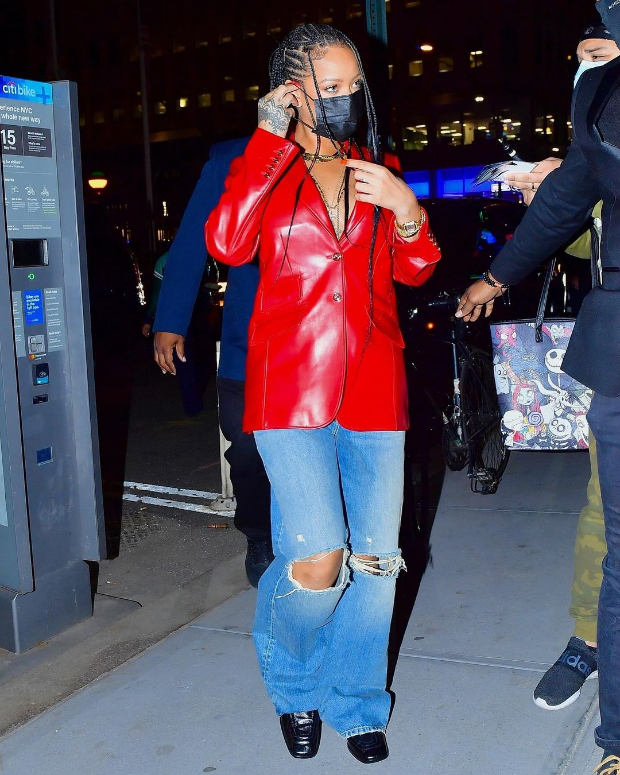 A week ago, Rihanna celebrated the five-year anniversary of her album ‘Anti’ and teased new music. The singer celebrated the album becoming the first album by a Black female artist to spend five years on the Billboard 200 chart by posting on the Instagram and saying, “grateful to the most High for putting die hard supporters in my circle.”