Please Like Us!!!
DesiGoogly > “The robots felt so innocent and harmless,” says Radhika Apte on working with robots in OK Computer

Radhika Apte will be doing a never before seen character for her upcoming show Ok Computer. The sci-fi comedy will show Radhika working closely with robots in a futuristic world, making it all the more difficult for the actress to prep for such a different role. 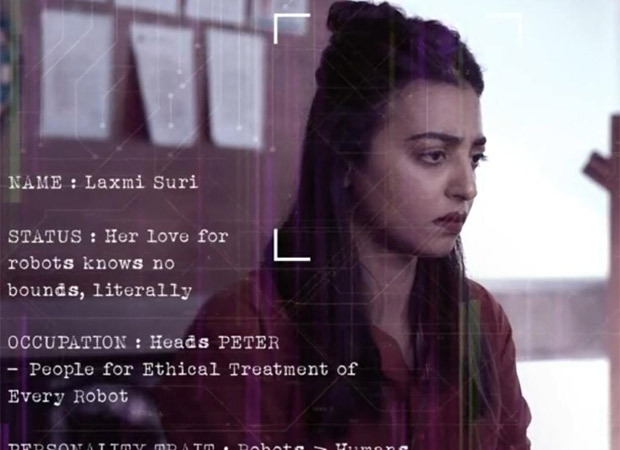 Talking about her experience on working with robots for the first time Radhika said, “Working with the robots was really very fun, I have never really been so interested in A.I. or machines in my life and ever indulged in that idea. So when we had scenes where I just had to talk to robots in the series, the robots felt so innocent and harmless and you could just fall in love with them, they are very friendly and very helpful.”

She further added, “Neil, one of our writer/directors he used to always give their cues and talk as the robots and so it was very endearing and I actually really really enjoyed the very few scenes I had only with robots and the machines were so innovative in the series and they looked so interesting very friendly and innocent and harmless. It is quite interesting and it has developed an interest in me about the machines and A.I.”

Donning a split high pony and tracksuits, Radhika can be seen in a very different look from all her other ones before in the glimpses of the show.

The versatile actress plays the role of Laxmi Suri a girl who loves robots over humans and talks about them all day long. She also happens to be the head of PETER, which stands for People for Ethical Treatment for Robot Everywhere, an organisation to protect robot rights.

ALSO READ: Radhika Apte graces the cover of a leading magazine as the powerful face of the Creative Force issue