Please Like Us!!!
DesiGoogly > The Kissing Booth star Joey King is a vision in red as she promotes her film

Joey King has been busy promoting The Kissing Booth 3 the last film of the franchise. She is dropping some super fashionable looks for the promotions in Los Angeles. 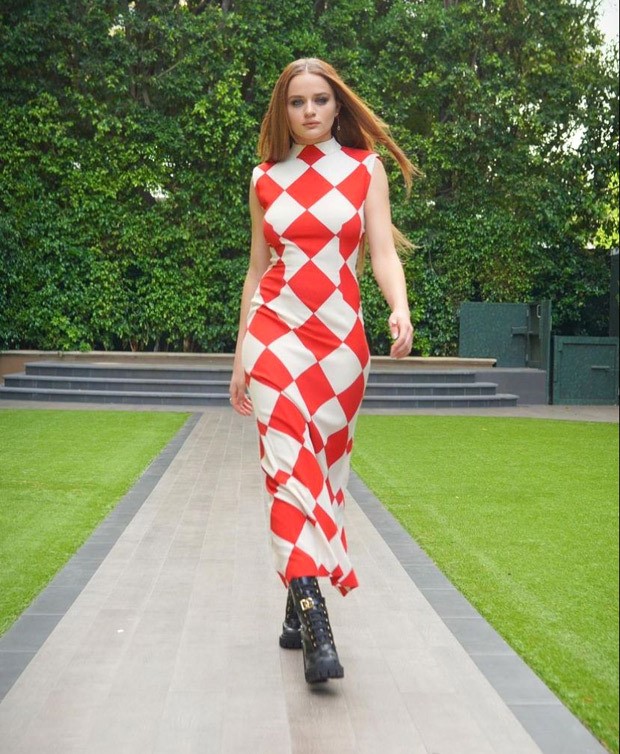 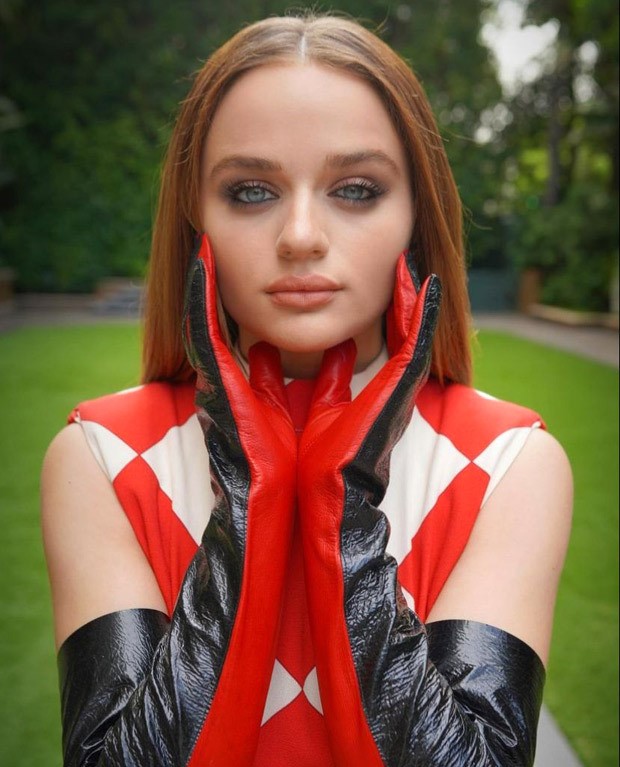 For the promotions of the flick, she is seen dressed in a red and white body hugging checkered dress from Rowen Rose. She pairs it with black gloves from Gaspar Gloves and black boots with golden details and tie up details from Dolce and Gabbana. She looks stunning with smokey makeup, poker straight hair. The dress flatters her petite figure and makes her look gorgeous as ever. The high polo neck dress was the centre of focus, she completed the look with danglers. 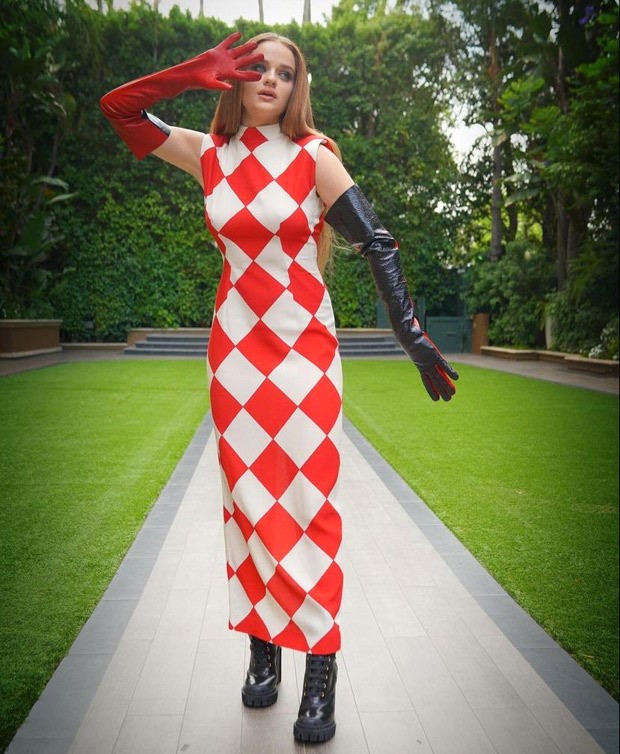 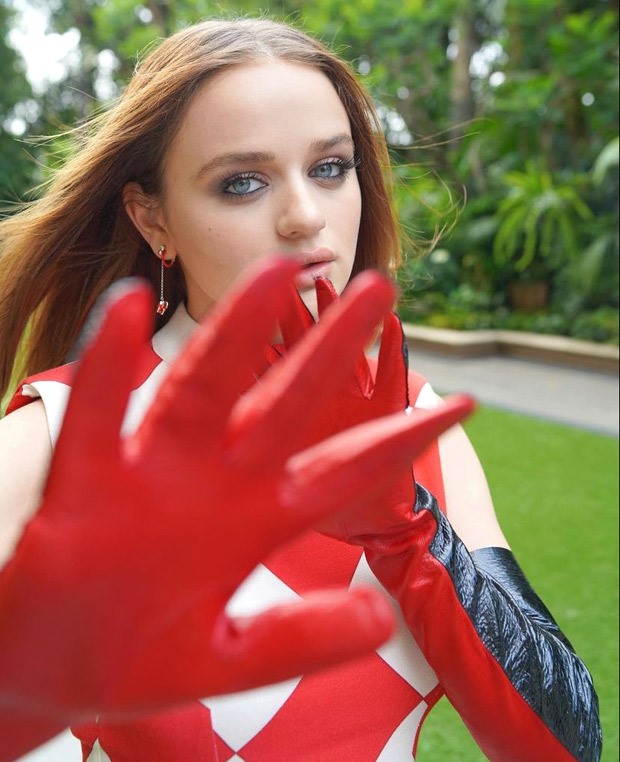 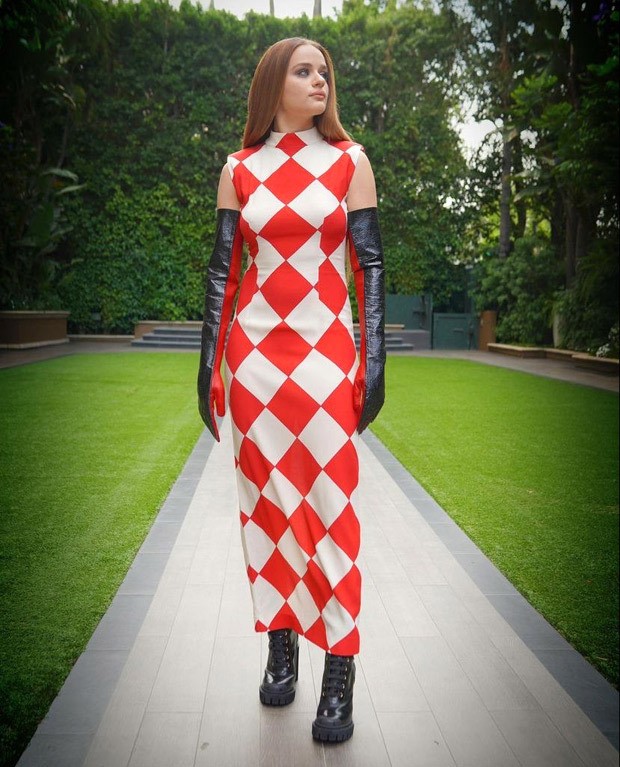 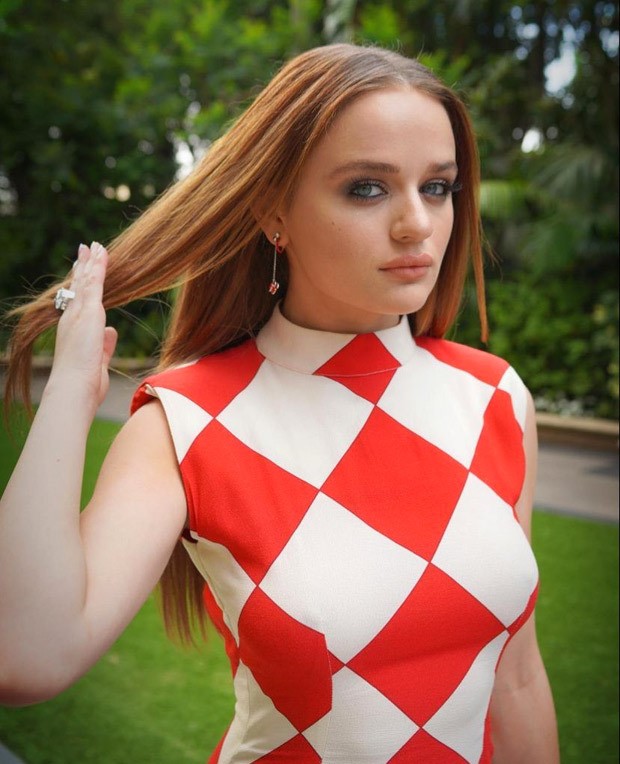 Meanwhile on the work front, she will soon be seen starring opposite Brad Pitt in the action thriller Bullet Train, but at the moment Joey King is focusing on her current Netflix release, The Kissing Booth 3. This movie will be the last one of the franchise. The movie has received mixed reviews from the audience.