Please Like Us!!!
DesiGoogly > Tara Sutaria finds a new cuddle partner on the sets of Heropanti 2 in London

Tara Sutaria is a millennial trendsetter. She loves herself some mom style ripped denims, shoulder baguettes, dad sneakers, cutesy skirts and sets- she has the most effortless and chic street style in B Town. 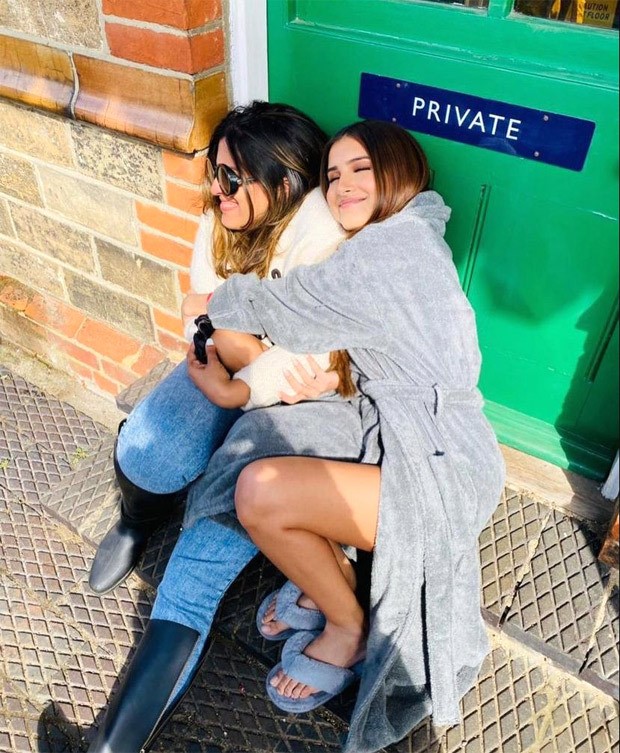 Tara Sutaria was spotted at the airport a while ago and she channelled major equestrian vibes. She was seen leaving for the shoot of Heropanti 2 in London and her parents saw her off at the airport. Tara posted a snap from the sets dressed in a matching fuzzy robe and slippers. She was seen hugging her friend Isha Goraksha to help beat the cold. She is seen smiling as she cuddles her friend and flaunts her skin and gorgeous shimmer eye makeup. 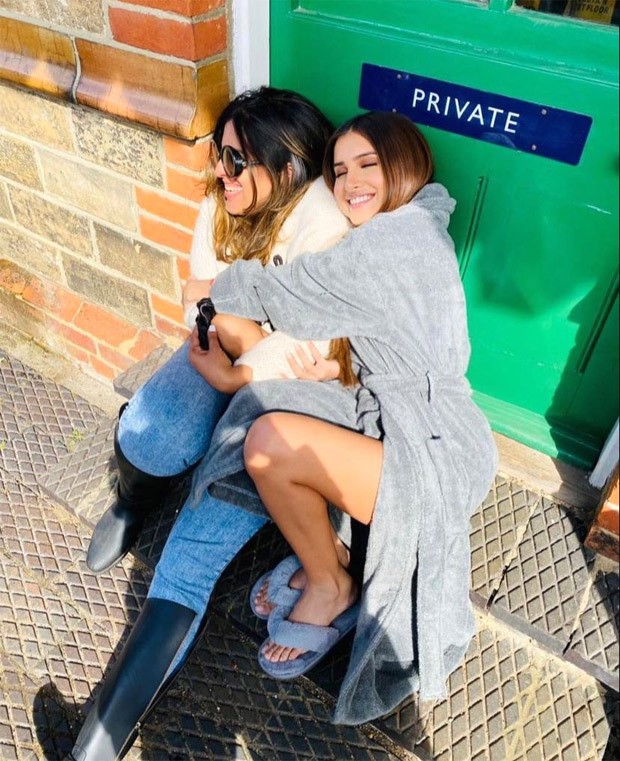 Meanwhile, on the work front, Sutaria has Milan Luthria’s romantic-action-drama ‘Tadap’ lined up for release in September.

She will also feature in Ek Villain Returns, helmed by Mohit Suri. Scheduled to be released next year, the thriller also stars John Abraham, Arjun Kapoor and Disha Patani.

Also Read: Tara Sutaria is at her stylish best as she jets off to London for shooting Heropanti 2