Please Like Us!!!
DesiGoogly > Tamannaah Bhatia redefines gorgeousness in a beautiful green set worth Rs. 56,000

Tamannaah has a strong fan base and she has created a name for herself in the Hindi and South Film Industry. 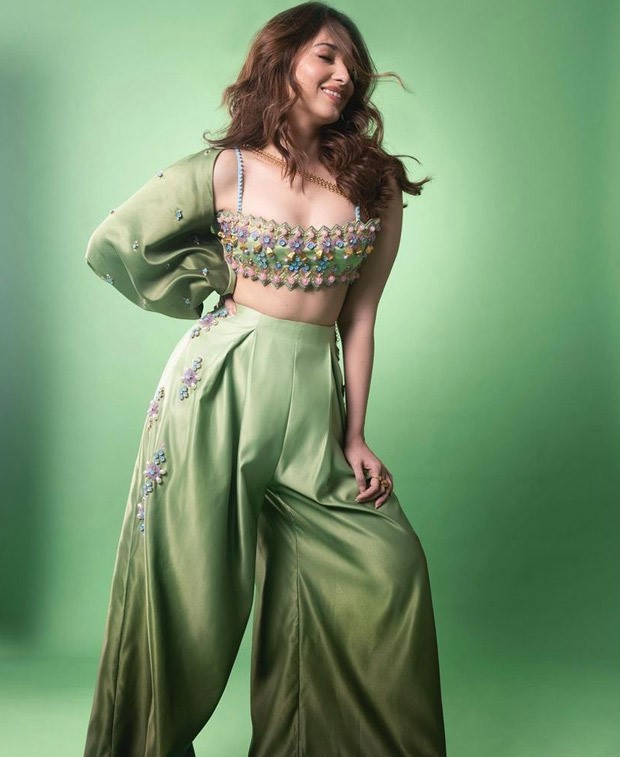 She steadily paved a niche for herself in the industry by being a part of the magnum opus Baahubali (2015) to the latest November (2021), a new crime thriller web series.  Besides rocking the big screens, Tamannaah is all set to entertain the audience with her massive entry into one of the most popular cooking shows MasterChef. 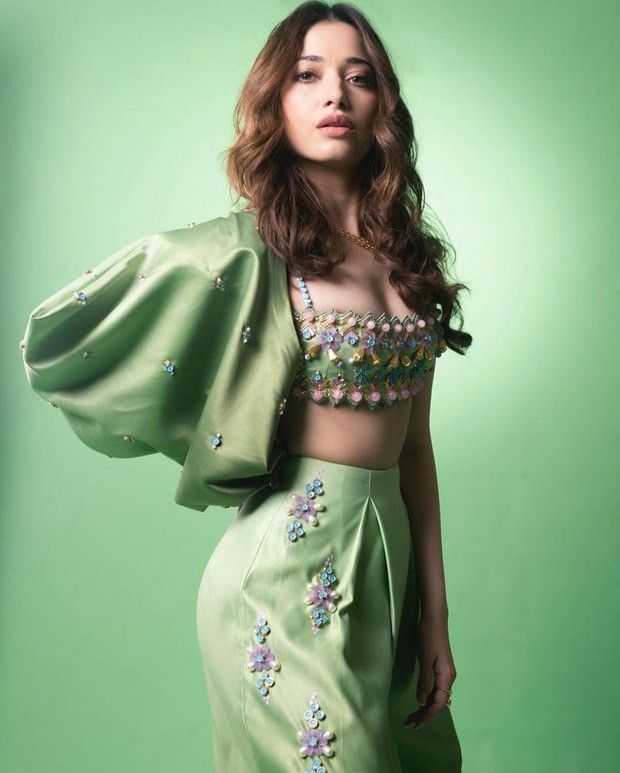 Tamannaah recently posted snaps dressed in a sage green fusion outfit from Papa Don’t Preach by Shubhika. She is seen in wide leg silk pants with a cropped top with singlet straps and a one shoulder OTT balloon sleeves with heavy embellishments. The green blouse also featured embellishments and the pant had contrasting patch work. Tamannaah’s makeup is shimmery with a fresh face, eyeshadow and glossy tinted lips. Her hair was in a middle partition with loose curls in the end. Tamannaah’s set is priced at Rs.56,000 on the website. 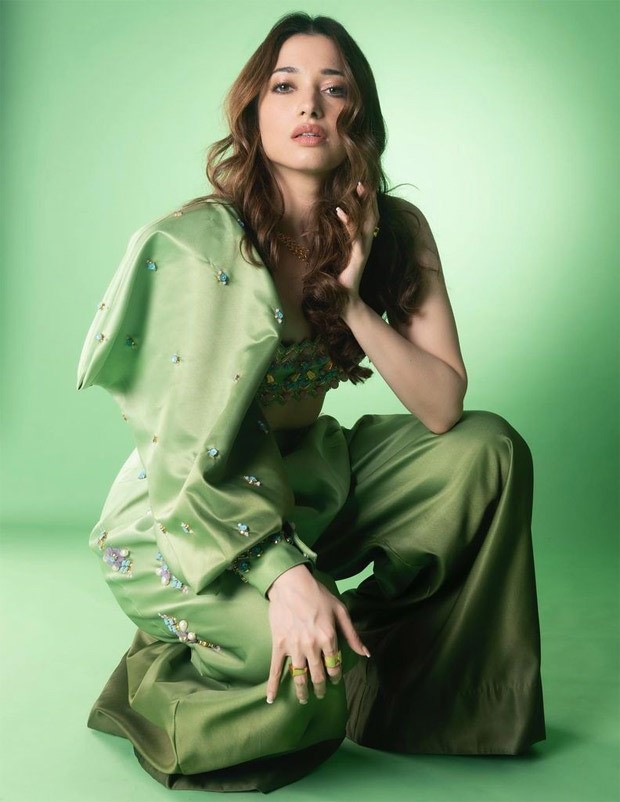 On the work front, Tamannaah Bhatia will be next seen in the Telugu remake of Andhadhun titled Maestro with Nithiin as the male lead. She will reprise Tabu’s role, while Nabha Natesh will essay Radhika Apte’s role from the original. She also has in her kitty, F3, a sequel to F2. F3 also features Varun Tej, Venkatesh Daggubati, and Mehreen Pirzada in the lead roles. The actress will also feature alongside Satya Dev for the Telugu remake of the popular Kannada film, Love Mocktail, which is titled Gurthunda Seethakalam.

Also Read: Yami Gautam makes a statement in a saree dress from Ituvana worth Rs. 19,800 for Bhoot Police promotions