Please Like Us!!!
DesiGoogly > Tamannaah Bhatia makes us swoon in red and blue lehengas at her friend’s wedding

South and Bollywood beauty Tamannaah Bhatia has been juggling between her home in Mumbai and Hyderabad for the shooting of her upcoming films. 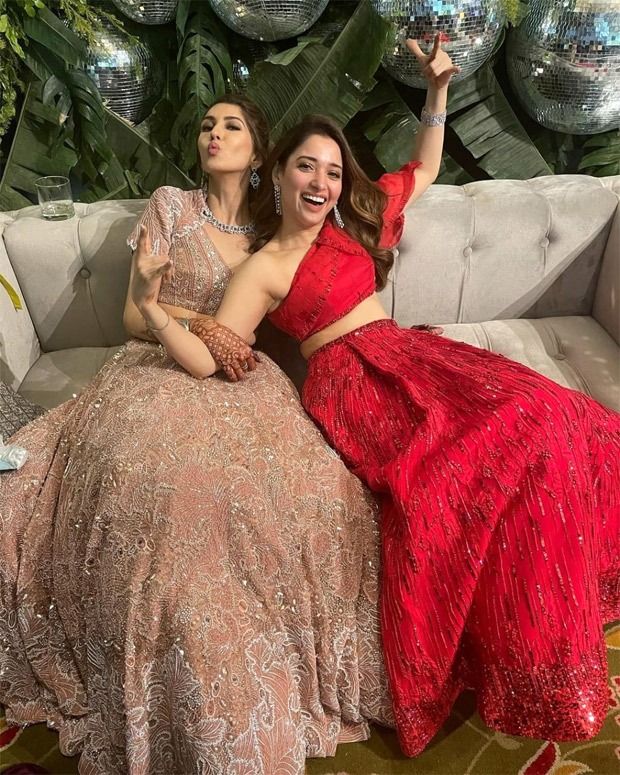 Actor Tamannaah Bhatia is the best friend, one would wish for. Tamannaah is currently attending her best friend Hanna Khan’s wedding in Jaipur, Rajasthan, and her pictures from the festivities speak volumes of her love for the bride-to-be.

Tamannah has been sharing clicks on Instagram from the various pre-wedding ceremonies On Tuesday, she shared photos from the mehendi ceremony. The actor posted stunning pictures of herself and the bride-to-be from the sangeet function earlier. She has been the perfect bridesmaid for the occasion. She was seen donning a royal blue attire with a gold blouse and a blue slit skirt and a sheer blue dupatta with gold motifs and thin border. 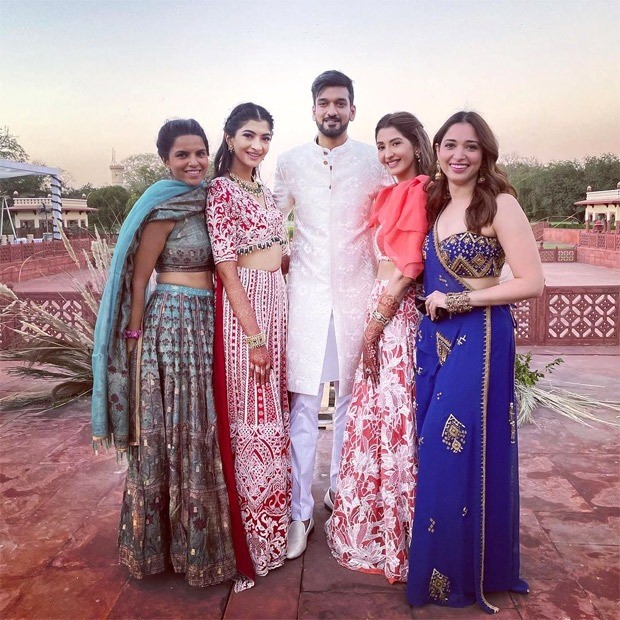 She was also seen in a gorgeous red outfit for the wedding ceremony. She was seen dressed in a red off-shoulder glitter blouse with a red glitter lehanga. She kept her makeup dewy with soft waves and diamond jewelry to complete her look.

On the work front, Tamannaah Bhatia has her debut Telugu web series 11th Hour. It has been directed by Praveen Sattaru, and its first look was unveiled in December on Tamannaah Bhatia’s birthday. The series will premiere on streaming service aha.