Please Like Us!!!
DesiGoogly > Taapsee Pannu thanks Kangana Ranaut for pushing boundaries in her acceptance speech at FilmFare Awards 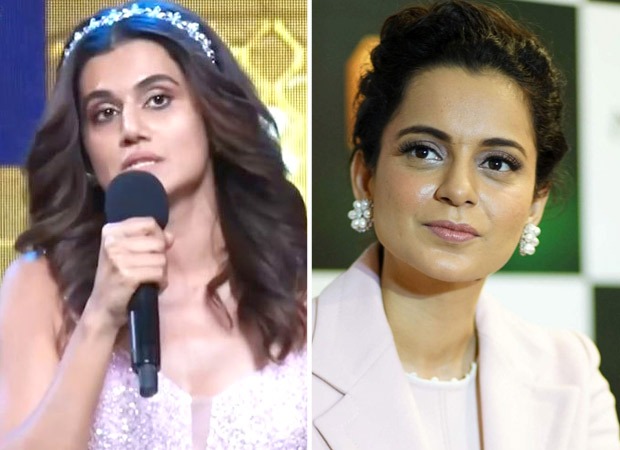 “Thank you so much Kangana for pushing the boundaries. The benchmark of your performances just keeps going higher every year,” Taapsee is heard saying in the speech. The Thappad actress also thanked Deepika Padukone, Vidya Balan and Janhvi Kapoor in her speech.

A fan of Kangana Ranaut tagged the star and shared the video. Responding to the video clip, Kangana wrote, “Thank you @taapsee well deserved Vimal elaichi filmfare award…. no one deserves it more than you.”

Thank you @taapsee well deserved Vimal elaichi filmfare award…. no one deserves it more than you ????

For the unknown, Taapsee and Kangana have been at loggerheads for quite some time. There have been some harsh exchanges of words between the two actresses during interviews and even on social media.

ALSO READ: Taapsee Pannu shows who wears the pants in her house