Bollywood Hungama had earlier reported that Kareena Kapoor Khan has asked for Rs. 12 core to play Sita in an upcoming film. The news invoked some strong reactions from netizens. Actor Taapsee Pannu who is known to be vocal with her opinions said that Kareena is well within her rights to demand a hefty salary for a comparatively cumbersome shoot. 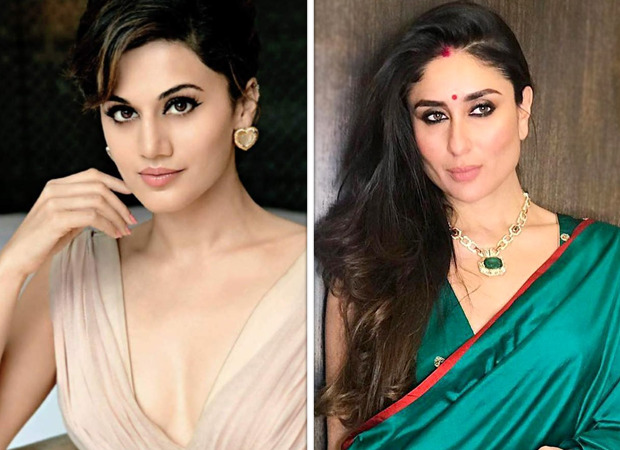 During an interview with an entertainment portal, Taapsee said that criticism of her fee is a sign of ingrained sexism. She said that if a man would do that same thing it would be viewed as a sign of his success. The actress further said that just because a woman is demanding a hike she is being called ‘difficult’ and ‘too demanding’. Taapsee further said that Kareena is one of the biggest female superstars in the country and she commands a certain salary for her time.

Bollywood Hungama had earlier reported that Kareena has hiked her fee from Rs. 6-8 crore to Rs. 12 crores for the film in which she was reportedly approached to play the role of Sita.