Please Like Us!!!
DesiGoogly > Taapsee Pannu completes 8 years in Bollywood; says 8 years since she saw herself speak in her mother tongue on screen

Taapsee Pannu is one of the most popular and sought after actresses in Bollywood and in the south film industry. The actress made her Bollywood debut with the David Dhawan directorial Chashme Baddoor which was released in 2013. Today, the actress completes eight years in Bollywood with several hit films to her credit. 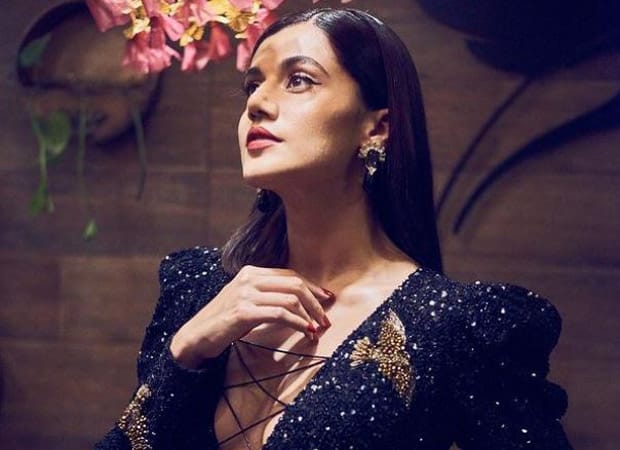 Marking the eight year milestone, Taapsee Pannu shared a couple of posts dedicated to her by her fan clubs on her Instagram. Sharing one such post, Taapsee wrote along with it, “8 years since I saw myself speaking in my mother tongue on screen.” Before her Bollywood debut, she worked in Tamil and Telugu language films. 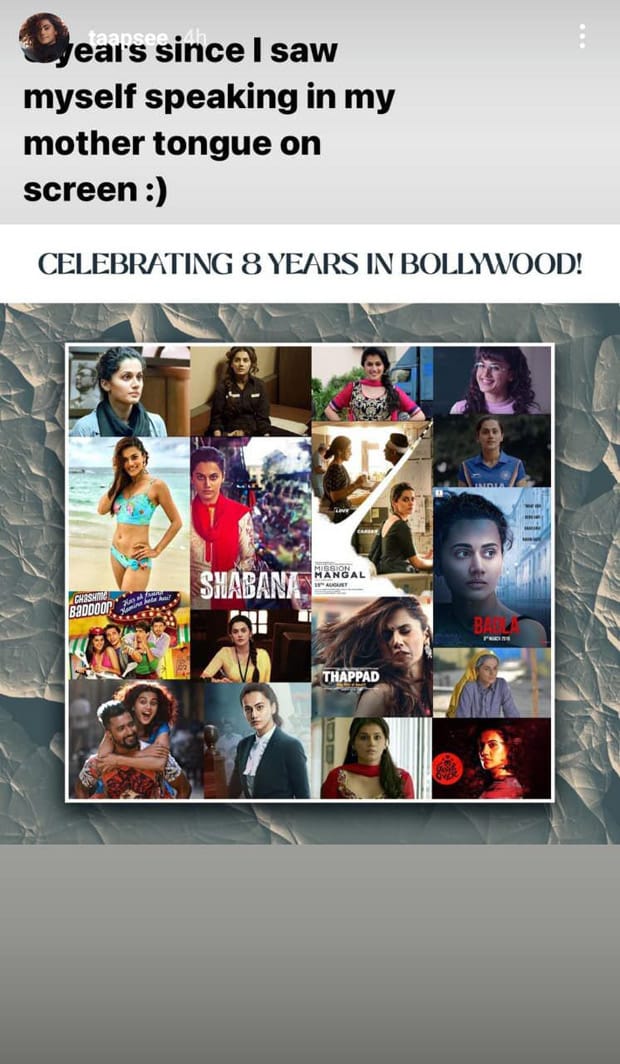 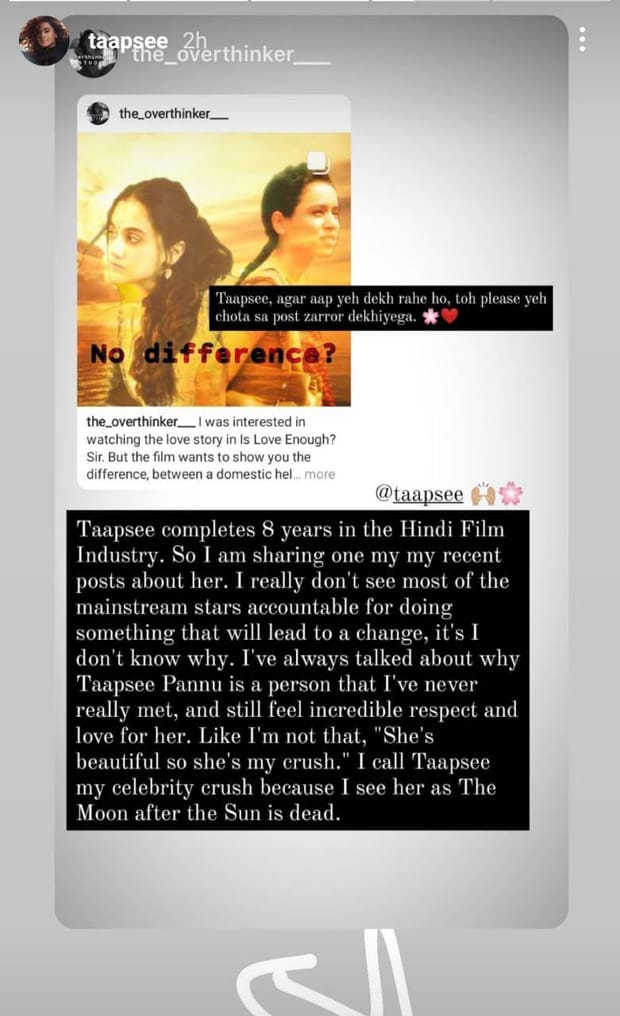 Taapsee Pannu is currently one of the leading stars of Bollywood and has multiple projects in her kitty. She recently won the Filmfare award for Best Actress for her role in Thappad.

At present, Taapsee is shooting for Shabaash Mithu, which is a biopic of Indian cricketer Mithali Raj. Apart from this, Taapsee will also be seen in Haseen Dilruba, Rashmi Rocket, Looop Lapeta, and Dobaaraa.