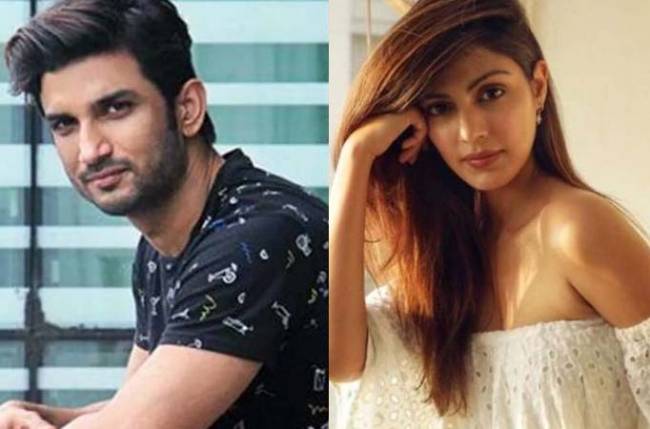 MUMBAI : Yesterday, Rhea Chakraborty’s lawyer Satish Maneshinde produced a few of Sushant Singh Rajput‘s assets that the former possesses. One of it was a gratitude list, allegedly handwritten by the late actor, while the other property was a black supper with Chhichhore written on it. “The only property of Sushant that I possess,” said Rhea through her lawyer. The gratitude list shared by Rhea, as per her, was penned by Sushant in one of the pages of her notebook and it saw Sushant expressing his gratitude for Rhea, her brother, her father, her mother and his dog Fudge’s existence in his life. The rest two lines revealed that he was grateful for his life and for all the love in it.

The internet, however, is unsure of the fact whether the handwriting on the gratitude note really belongs to Sushant. A huge section of the internet dug out old handwritten notes of Sushant and compared to that of the one shared by Rhea and they concluded that it isn’t similar. Times Of India got in touch with Dipak Wagle, director, Truth Labs, Mumbai, to quiz about the same. He said, “The writing obtained through the lawyer’s post is not sufficient for document examination as it lacks so many letters, words, capital letters (which were in Sushant handwritten posts).”

In other news, the Enforcement Directorate has accessed phone backups of Rhea Chakraborty and her father. The actress, as per Republic, is expected to be once again summoned on August 10.