The Bombay High Court has pulled up Maharashtra government for banning senior artistes from shooting and has squashed their rule thus allowing the actors to return to the set. 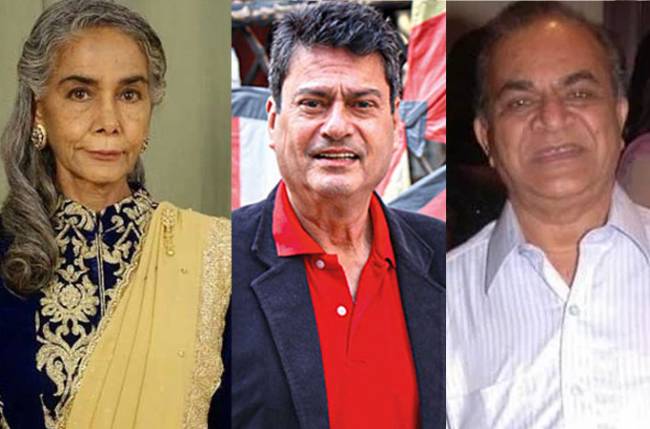 MUMBAI: It’s a sigh of relief for all the actors and technicians who were unable to resume work due to their age after Government of India had set few guidelines for senior citizens post lockdown. In the wake of Coronavirus, artists/technicians aged 65 or above were advised to stay at home and were barred from shooting by the Government. This had definitely disappointed many actors and technicians who were dependent on the entertainment industry for their financial earnings. Many prominent voices including Hema Malini, Kanwaljit Singh and Surekha Sikri had voiced their protest. But now the Bombay High Court has pulled up Maharashtra government for banning senior artistes from shooting and has squashed their rule thus allowing the actors to return to the set. Many senior actors are happy with this decision.

ALSO READ: Surekha Sikri says decision to stop senior actors from working unfair: ‘It cancels all my effort to be Atma Nirbhar’

Surekha Sikri who also won a national award last year for her film Badhaai Ho told a portal, “I am feeling extremely relieved with this decision. I think it’s a very positive move and I am waiting to get back to the action.”

Kanwaljit Singh who had to lose out on an upcoming show Sandwich because of this decision said, “I am really happy that finally, they have permitted us to start shooting. But some of the actors like me have already been replaced. I have been chasing CINTAA and other people since June 5 to get a conclusion. Every time I asked them they said it will happen in two days. After a time I just gave up and asked my producers to go ahead with another artist. They were extremely cooperative and waited for me for a long time. But then their set and everything was ready. In fact, I had rented a flat in Mira road near the set as I don’t have to go up down from Juhu to Mira road in this corona crisis. But it all got wasted. I would like to work with the producers in future.”

Nattu Kaka of Taarak Mehta Ka Ooltah Chashmah aka Ghanshyam Nayak is also very happy that he can finally start shooting, “Of course I am very happy that Bombay HC has lifted the previous decision but I am sure it will come with a clause like having a medical or life insurance, limited hours and we have to see if the producers agree to all this.” Ask him if he has received a call from the producer of his show Asit Modi and he says, “Not yet but waiting for that.”