Please Like Us!!!
DesiGoogly > Sunny Leone grooves to ‘Nadiyon Paar’ as she goes from casuals to glam in latest Instagram reel

Sunny Leone, who is currently in Kerala for the shooting schedule of MTV Splitsvilla 13, lit up the Instagram on Monday, April 5. She recently performed at the Filmfare Awards and showed her glamourous avatar. 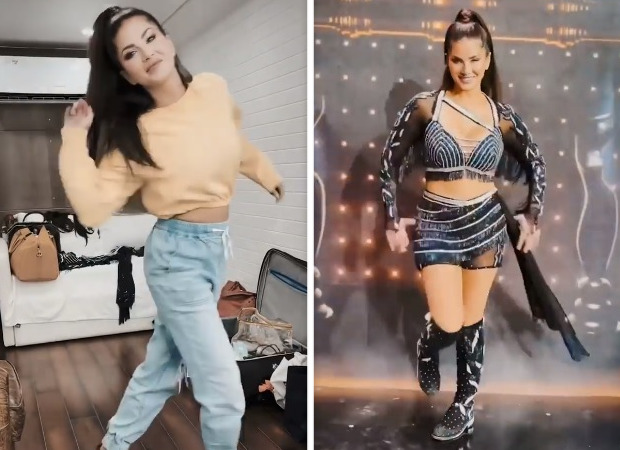 In her latest instagram post, Sunny decided to go the Instagram reel way. She uploaded a reel wearing simple and comfy clothing. She was seen dressed in a yellow cropped sweatshirt with denim joggers and her hair in a high pony tail. With a reel transition, we can see her dressed in a black and silver jazzy outfit for the Filmfare awards. She was seen in a sultry black outfit ready to steal the thunder. She looked absolutely gorgeous! With a long, sheer black trail, she was seen strutting down a ramp and looking classy as ever!

On the work front, Sunny Leone currently appears as a co-host on MTV Splitsvilla, which she has been hosting since season 7. The show is currently in its 13th season now.