Suman and Shravan’s work out sessions at Ladakh 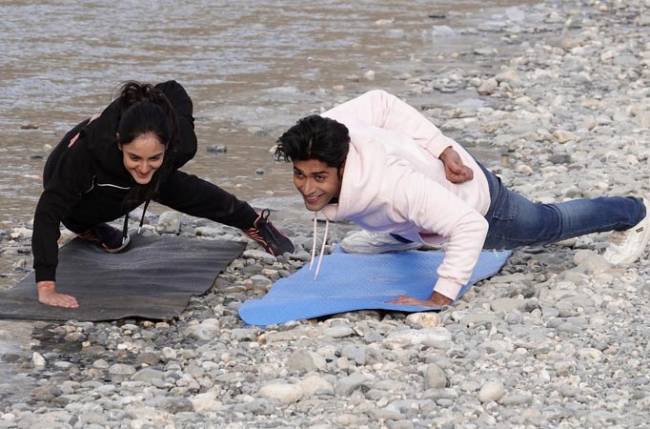 MUMBAI: Ek Duje Ke Vaaste, the show that created a whole new level of rage amongst the audience, will soon hit the screen with the second season. Produced by StudioNEXT, the show will see two budding actors – Mohit Kumar and Kanika Kapur – playing the lead roles of Shravan and Suman respectively. Set against the Army backdrop, Ek Duje ke Vaaste 2 is a love story sheltered with misunderstandings.

Mohit Kumar and Kanikka Kapur will be seen playing the lead characters. Initially, the show showcases them like school kids who fall in love and grow up to be army personnel. Recently, a promo of the show was shot in Ladakh, both Mohit and Kanikka will be seen doning admirable physique.

The actors are being very particular with their looks and want to do full justice to it to make it look as real as possible. While shooting in Ladakh, the cast and crew were shivering in the cold while the two actors had spotted a place near the hotel which had a stream passing by and made it their workout place.

Speaking about his experience of Ladakh, Mohit said “Ek Duje ke Vaaste is very close to my heart as it is set against the army backdrop and I am in a way connected to it. We recently started shooting for the show and our first schedule was set in Ladakh for promo shoot. Kanikka and I decided to look as fit as we can for the first glance, and we agreed upon a routine to exercise daily at the spot near our hotel. The location was apt to practice a heavy workout”.