Shah Rukh Khan and Gauri Khan’s daughter, Suhana Khan is undoubtedly a star in the making. While she is currently completing her studies in the US, she has already become a social media sensation. She sets major style goals for GenZ kids and keeps dropping some uber cool fashion inspo on her page. 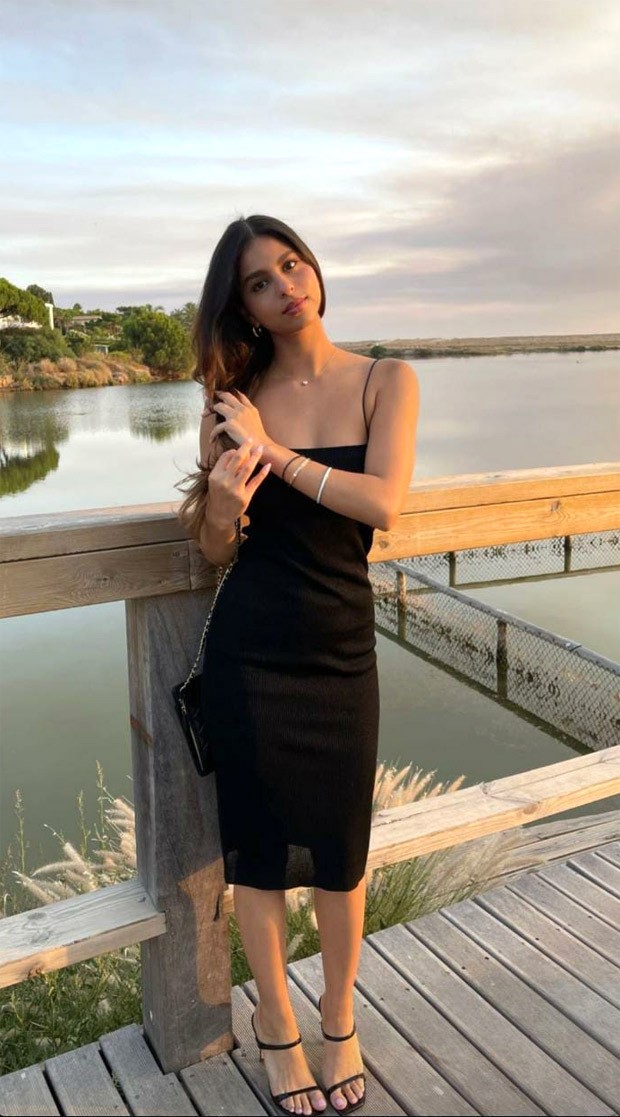 Suhana Khan is a diva. She never fails to impress. The recently dropped pictures show her in a black bodycon number. The dress featured thin noodle straps and is a little below her knees. The dress is plain but accentuates Suhana’s curves. She pairs the dress with slip on two strap heels and a black silver chained quilted bag. She keeps her makeup soft with a light blush and matte lips. Her hair is natural in a middle partition with her gold highlights peaking through.

Among the other Bollywood star kids- she is one of the most popular kid on the block and she has managed to hit the headlines even before her debut. 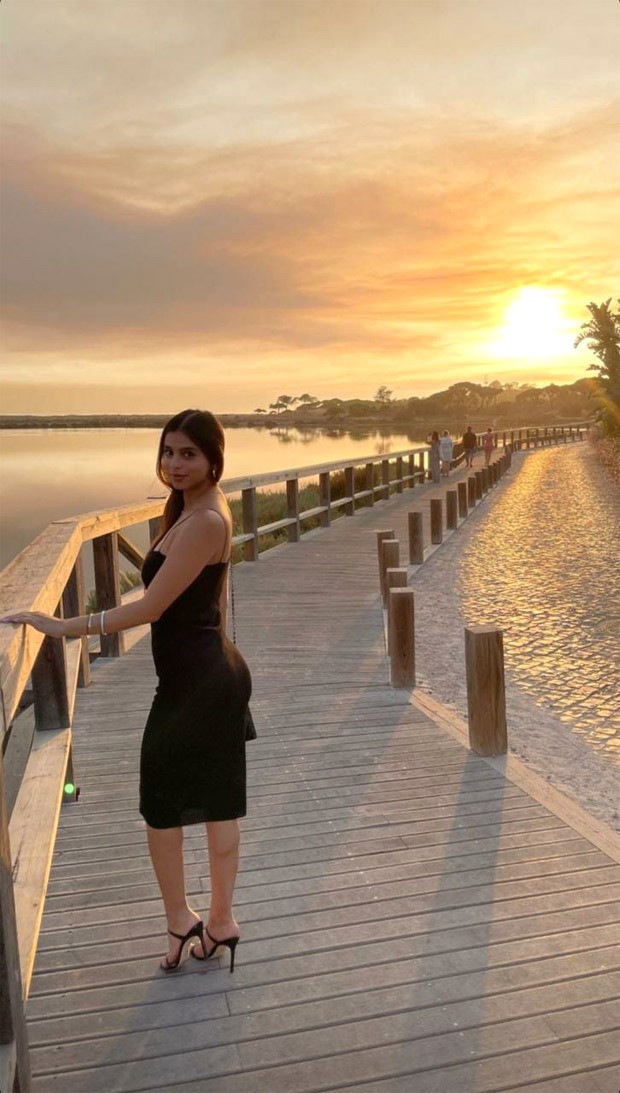 Since Suhana left for New York, she has been giving glimpses of her life at college on social media. It was last year during the lockdown that she made her Instagram profile public and left fans surprised. Since then, she has been using her social media account to share photos. Her social media interactions with her close friends including Ananya Panday, Shanaya Kapoor and Navya often go viral among the fan clubs.

Also Read: Suhana Khan shows off as many as 9 of her personalities in her latest Instagram post