Please Like Us!!!
DesiGoogly > “Sriti Jha is my favourite actress, she has been nothing less than an inspiration to me” says Bhagya Lakshmi fame Aishwarya Khare

After several extremely successful collaborations, Zee TV and Balaji Telefilms have recently launched an exciting show about life, love, karma, and destiny. Set against the backdrop of Mumbai, ‘Bhagya Lakshmi’ follows the journey of Lakshmi, a selfless girl of limited means, who despite her humble background and the curveballs life has thrown at her, always puts others’ needs before hers. In a short duration, the show has already impressed the audience with its intriguing storyline and relatable characters. 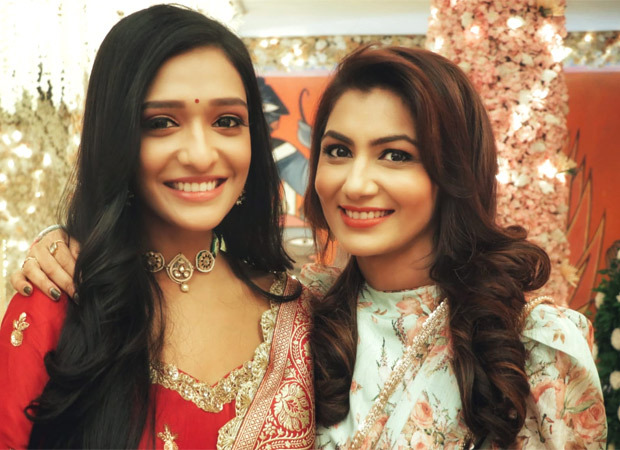 In fact, the high-octane drama occurring because of the mega revelation about Rishi’s actual love interest- Malishka has kept the audience intrigued to know more. While the show continues to entertain viewers, the actors too have been working extremely hard to live up to the responsibilities of their characters, especially Aishwarya Khare. The latter has always believed in putting her best foot forward when it comes to essaying varied characters and her inspiration for this is not someone too far from the television industry.

Inspired by her current and her previous roles, Aishwarya has been a fan of Kumkum Bhagya’s Sriti Jha for quite some time now and also seeks inspiration from her performances. Revealing more, Aishwarya said, “Sriti is my favourite television actress, I’ve watched and admired her performance ever since her initial first shows and she has been nothing less than an inspiration to me. I have always loved her acting and felt it to be a very natural and effortless performance.”

She added, “When I did my first show with Balaji so many people told me that she is one of the most down-to-earth and genuine persons and that I must be like her. Now that I know her personally I can surely say that everything I heard or thought about her is all true. She is a humble and a good human being who inspires me to be a better person, actor and also reminds me how important it is to be grounded.”