Disney+ Hotstar Premium is bringing in August with an exciting line-up of titles, with captivating content and the launch of highly anticipated shows and films. Catch the classic characters Phineas & Ferb at their comical best in Phineas & Ferb The Movie: Candace Against the Universe. Explore the untold story of Howard, the brilliant lyricist behind Disney classics like Aladdin, Beauty and the Beast, and many such masterpieces. So, get ready to unveil the action-packed August with Disney+ Hotstar Premium. 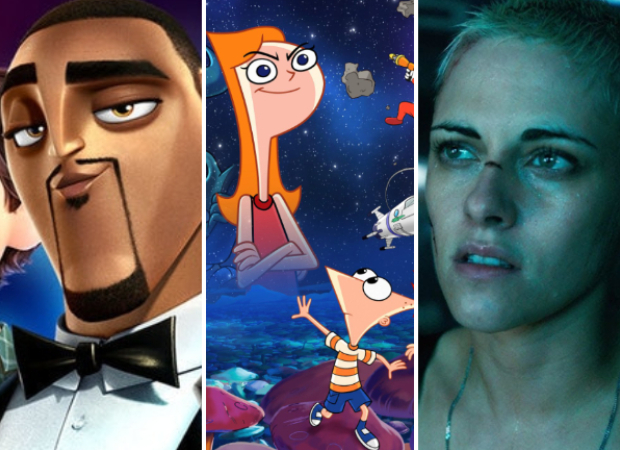 In this high-flying animated comedy, super-spy Lance Sterling (Will Smith) and scientist Walter Beckett (Tom Holland) are almost exact opposites. Lance is smooth, suave, and debonair. Walter is none of the above. But this unlikely duo must team up for the ultimate mission to save the world when a “biodynamic concealment” experiment transforms Lance into a brave, fierce, majestic…pigeon!

A crew of underwater researchers must scramble to safety after an earthquake devastates their deep-sea laboratory. But the crew has more than the ocean’s depths to fear

Directed by Don Hahn Howard is the untold story of Howard Ashman, the brilliant lyricist behind Disney classics like “Aladdin,” “Beauty and the Beast,” “The Little Mermaid” and creator of musicals including “Little Shop of Horrors.” Featuring never-before-seen archival footage, personal films and photographs, as well as interviews with Howard’s friends and family, the film is an intimate look at the Disney Legend’s life, his creative drive, and the process behind the music. Spanning his childhood in Baltimore, to his formative years in New York, and his untimely death due to AIDS, “Howard” goes in-depth to explore his journey to become the lyricist behind some of the most beloved and well-known classic family films in the world.

An adaptation of the award-winning book about one very special gorilla, “The One and Only Ivan” is an unforgettable tale about the beauty of friendship, the power of visualization, and the significance of the place one calls home. Ivan is a 400-pound silverback gorilla who shares a communal habitat in a suburban shopping mall with Stella the elephant, Bob the dog, and various other animals. He has few memories of the jungle where he was captured, but when a baby elephant named Ruby arrives, it touches something deep within him. Ruby is recently separated from her family in the wild, which causes him to question his life, where he comes from, and where he ultimately wants to be. The heartwarming adventure, which comes to the screen in an impressive hybrid of live-action and CGI, is based on Katherine Applegate’s bestselling book, which won numerous awards upon its publication in 2013, including the Newbery Medal.

Phineas & Ferb The Movie: Candace Against the Universe (28 August)

Stepbrothers Phineas and Ferb, their older sister Candace, Perry the Platypus, and the Danville gang are back together again in “Phineas and Ferb The Movie: Candace Against the Universe,” an out-of-this-world animated adventure from Disney Television Animation. Executive-produced by Dan Povenmire and Jeff “Swampy” Marsh (creators and executive producers of the long-running Emmy Award-winning series “Phineas and Ferb”) the movie centers on Phineas and Ferb as they set out across the galaxy to rescue Candace, who after being abducted by aliens, finds utopia in a far-off planet, free of pesky little brothers.

Children’s entertainers and educators Charlie Engelman and Carly Ciarrocchi host the third season of the Emmy Award-winning series and this time, they’re embarking on even more imaginative and strange adventures to reveal surprising and interesting facts about the world.

Set both in-studio and in the field, “Weird But True!” is a 13-episode series that integrates a mix of arts and crafts, unbelievable facts and real-life exploration. Whether hunting for dinosaur fossils, hiking volcanoes or flying planes, the science-loving duo inspires kids to get excited about the world around them.

Based on Matt Ruff ‘s novel of the same name, Lovecraft Country follows Atticus Freeman as he meets up with his friend Letitia and his Uncle George to embark on a road trip across 1950s Jim Crow America in search of his missing father. This begins a struggle to survive and overcome both the racist terrors of white America and the terrifying monsters that could be ripped from a Lovecraft paperback.