Please Like Us!!!
DesiGoogly > South Korean Actress HoYeon Jung stuns in a campaign for Calvin Klein

Actress HoYeon Jung became an international star through Netflix’s Squid Game series, in which she played the role of player number 067, or Sebiok Kong. 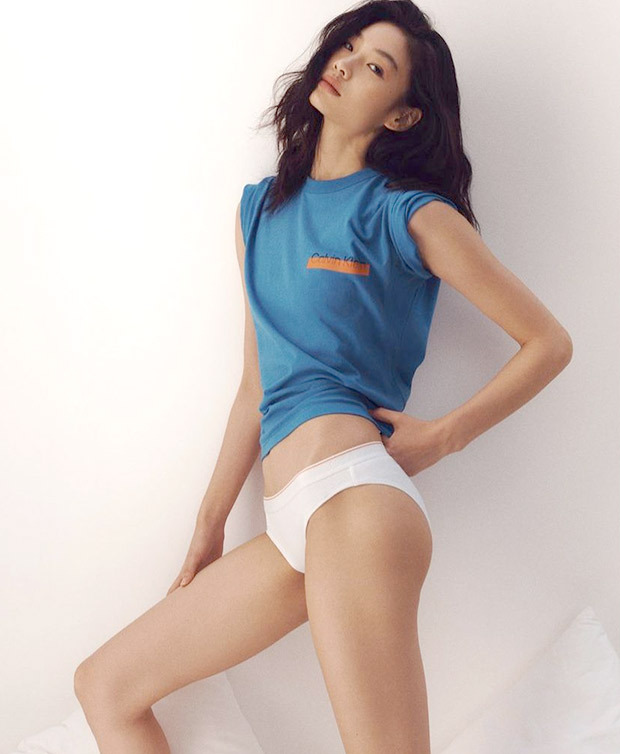 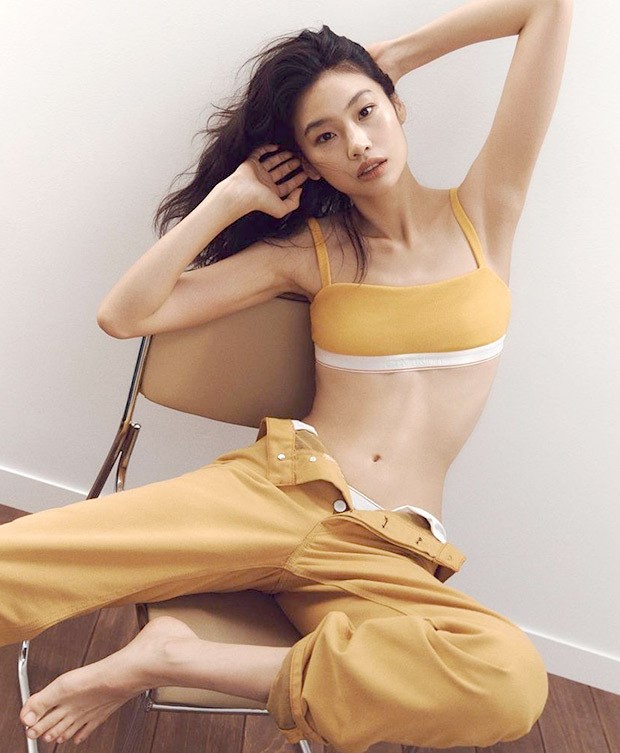 Ho-Yeon Jung is a South Korean model and recently she modeled for Calvin Klein. She styled a yellow and white sports bra from the brand with a white band with the Calvin Klein embossed on it. She paired it with mustard yellow pants with the top few buttons left open. She shows off her toned abs in the pictures. Her makeup is simple with her hair unruly and nude tinted lips. This look on the Korean actress is an absolute stunner and keeps us wanting for more!

Also Read:Kim Kardashian West announces the launch of her first ever collaboration with SKIMS x Fendi