Please Like Us!!!
DesiGoogly > Sonam Kapoor’s Blind and Kajal Aggarwal’s Uma to release early next year

Akshay Kumar’s Bell Bottom was the first film to be completed entirely during the lockdown in 2020 and then was released in August this year. In a way, it kick-started Bollywood’s campaign at theatres, though it was marred by Maharashtra lockdown and a 50% occupancy rule. Well, a couple of other notable films that were also shot during the lockdown, Sonam Kapoor’s Blind and Kajal Aggarwal’s Uma, won’t face any such challenge. Reason? Theatres across the country are now by and large allowed to play at 100% occupancy and Maharashtra too will follow soon. 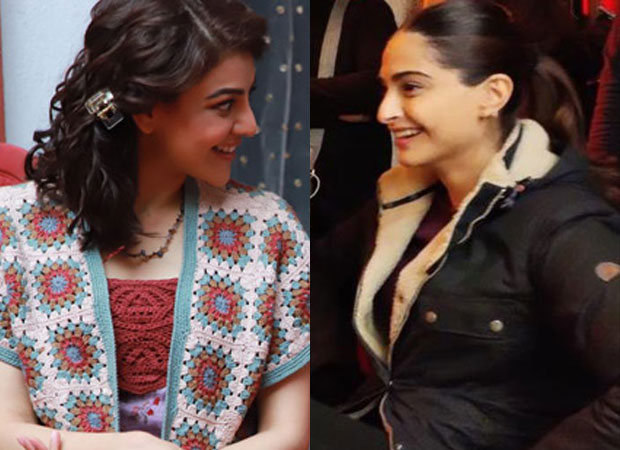 Confirms our source, “Yes. Both Blind and Uma are nearing the completion stage with the post-production in full swing. Both the film will be ready for release in the next few months.”

Produced by AVMA Media, Blind was shot in Glasgow, U.K., while the shooting of Uma had taken place in Kolkata. Incidentally, both films are thrillers and are female-centric affairs with Sonam Kapoor and Kajal Aggarwal appearing in a never-seen-before avatar.

“During the most unprecedented times where most film shoots were halted, AVMA channelized its resources well to wrap up the principal shooting of Blind in February 2021. It went on floors last year in Glasgow when the pandemic crisis was at its peak and the entire U.K. was under a lockdown,” our source continues.

On the other hand, Uma was completed in August this year when the hard-hitting second wave of the pandemic was still raging across India. There were quite a few challenges that the film had to face, be it night curfew or stringent Covid-19 restrictions.

Says Avishek Ghosh, Managing Partner of AVMA Media, “The pandemic phase has, in fact, helped us in realizing the importance of lean film crews operating in a tight and compact shooting schedule.  Of course, we had to address the safety concerns while ensuring that the film crew was working with medical support systems in place.”

It wasn’t just the COVID restrictions that challenged the Sonam Kapoor starrer; there were also flight cancellations, location cancellations, and extreme weather conditions in the UK with rain, snow, and subzero temperature that threatened to be a spanner in the plans.

“Thankfully, we still managed to work with clockwork precision and always had a plan B in place. Neither Blind nor Uma had any shoot disruptions and we finished the principal shooting as per schedule. We also ensured regular testing so that the crew was safe throughout the filming phase,” adds Avishek.

While one waits for Blind and Uma to arrive at the big screen soon, AVMA Media is currently setting up multiple films which are at various stages of development.

“The next after these two films would be a thriller and would star a well-known leading actress from the Hindi film industry. The film is likely to be on floors from January 2022. Then there is also a slice-of-life anthology film that should go on floors in March/April’22. Pre-production of both the films is currently in full swing,” our source confirms.

With a web series as well as a couple of more edge-of-the-seat thrillers in the development stage, AVMA Media indeed has its hands full for 2022. Meanwhile, one waits to hear the release announcement for Blind and Uma which would mark the arrival of Sonam Kapoor and Kajal Aggarwal on the big screen after a hiatus.