Please Like Us!!!
DesiGoogly > Sonam Kapoor is the brightest light on Diwali as she celebrates the festival Abu Jani and Sandeep Khosla style

If it’s fashion and style- Sonam Kapoor is the first name in Bollywood that pops up in our head. Sonam Kapoor is a fashionista. Sonam recently came back to India after nearly 2 years for sister Rhea’s wedding with long time beau Karan Boolani and she’s living the life with the Kapoor fam. 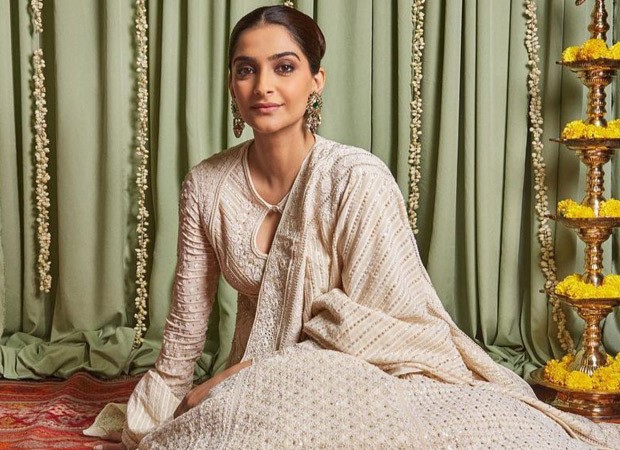 Sonam Kapoor celebrated Diwali in London with husband Anand Ahuja. She donned a gorgeous white heavily embroidery anarkali. The white anarkali gown fits Sonam like a glove. The heavily flared, two layered, full length kurta is worn with a dupatta and a skirt. The heavy work and embellishments is an Abu- Sandeep staple. Sonam looked like a million bucks with shimmer makeup, hair in a neat low bun. Kapoor styled the look with heavily studded kundan danglers, bronzed eye shadow and a kundan hair accessory.

On the work front, Sonam Kapoor has wrapped the shooting for her upcoming movie Blind. Directed by Shome Makhija, this action-thriller narrates the story of a blind police officer in search of a serial killer. The film went on floors in December 2020 in Glasgow, Scotland and the shoot was completed in a start-to-end schedule that lasted 39 days. Blind  is produced by Sujoy Ghosh.

Also Read: Khushi Kapoor raises a smokestorm on her 21st birthday as she dons a dress worth Rs. 17,000