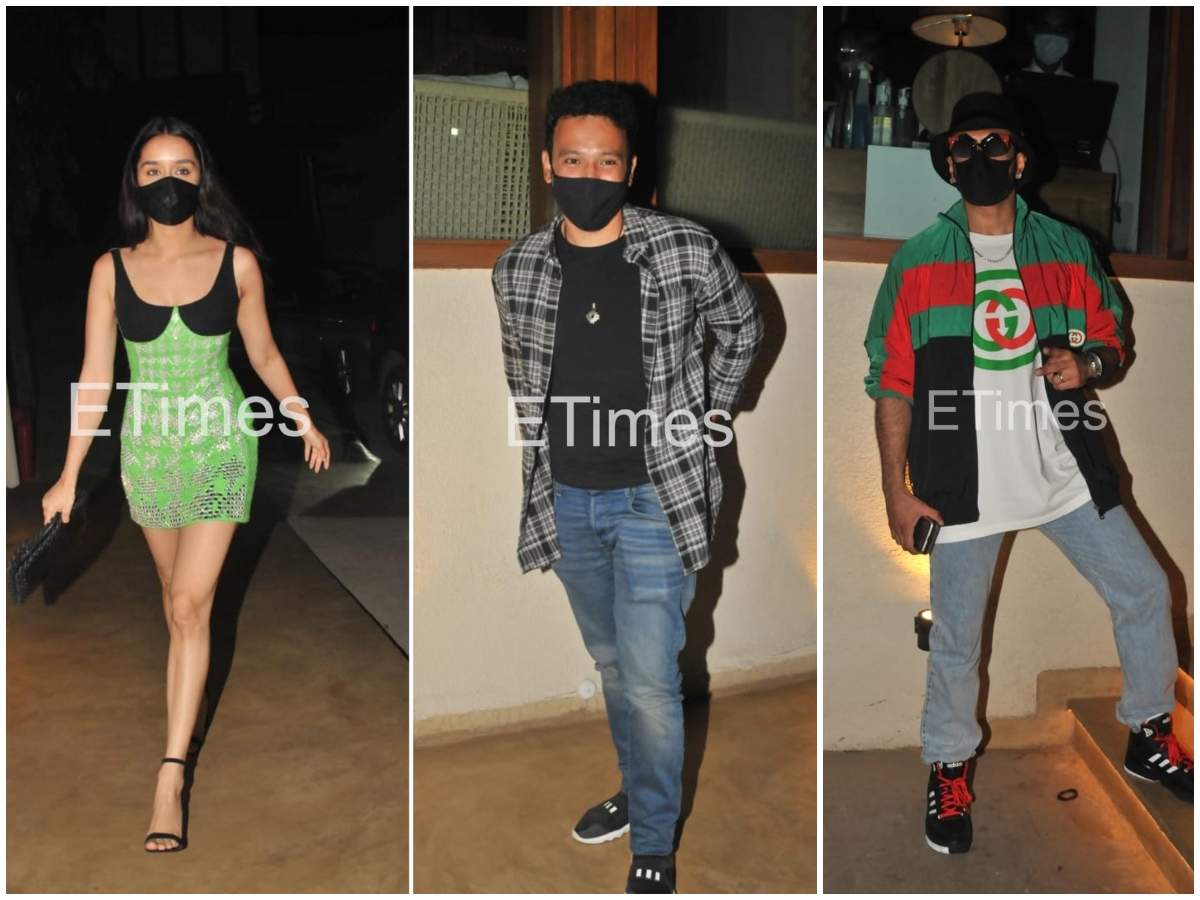 Shraddha Kapoor made heads turn as she arrived at her rumoured beau Rohan Shrestha’s birthday bash at a restaurant in Mumbai. The actress looked absolutely stunning in a shimmery black and parrot green ensemble teamed with high heels. The actress was also sporting a black mask and carried a black purse. Rohan kept it cool in casuals as he wore a checkered shirt over a black t-shirt and blue denim. On the other hand, Ranveer Singh, who also joined the party wore a funky red-green jacket on a loose white tee and denim with shoes. The actor also wore a black hat and cool shades.