Please Like Us!!!
DesiGoogly > Shraddha Kapoor enjoys a calm day with her puppy Shyloh 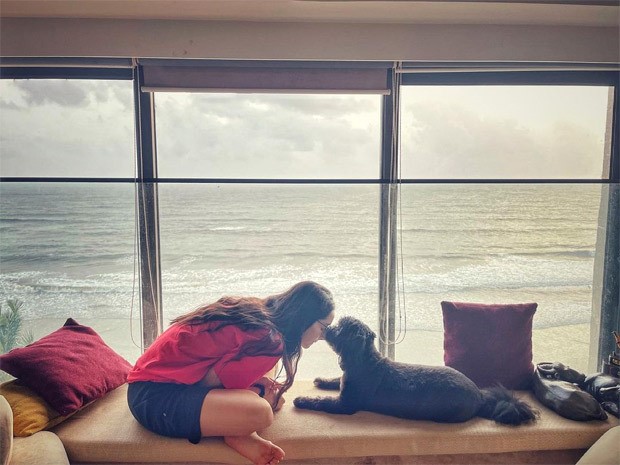 On Tuesday, Shraddha was seen giving her little floofer snuggles. Sitting by the window, you can see the sky in beautiful hues with a rainy backdrop and the calming Arabian Sea. She’s seen wearing a maroon top and Bermuda shorts. The fuss free picture features a no makeup look with glasses and natural hair.

On the work front, Shraddha Kapoor was last seen in Baaghi 3, co-starring Tiger Shroff. She also has a film with Ranbir Kapoor in her line-up. She will be starring in a movie Naagin and Chaalbaaz in London.