Popular South Korean group SHINee member Taemin has come back stronger than ever. The 27-year-old musician, who held an online concert on May 2, revealed that his third mini-album ‘Advice’ will release on May 18, 2021. It’s here and it’s glorious. 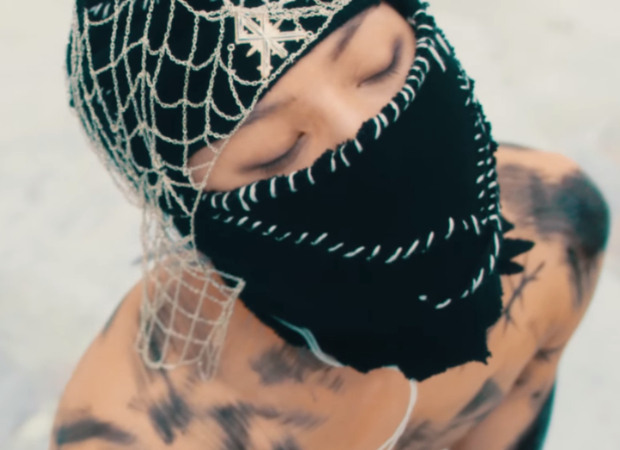 In the music video, Taemin demonstrates the story of a man who is no longer willing to stand the prejudices and the constant judgment. He offers advice or sort of a warning to those to continuously throw hurtful words at him. In his sharp and cynical way, he says, “Show your imagination in a more novel way / I destroy the torso that you were chasing after / You already know it too, one advicе / I’ll shoot the one advice / Thе more you try to trap me, I’ll go off the rails so take a good look / If you want to see the end, push my buttons / It’s for you, one advice / Best take my own advice.”

The title song ‘Advice’ is an R&B song that creates a compelling atmosphere with minor piano melody and choir with a trap beat. The music video is a cinematic masterpiece with many layers. The gender-fluid style of Taemin once again proves he is here for art and his music only. From a chain veil to a hip tattoo which seems like peonies to smudged makeup with tears rolling down his eyes, the symbolism of compassion, and bashfulness in the music video is what makes Taemin is a visionary artist. ‘Advice’ is composed by Mich Hansen, Daniel Davidsen, Peter Wallevik, Lucas Secon, and Wayne Hector with Korean lyrics by Jo Yoon Kyung.

Taemin made his solo comeback in the month of September 2020 with ‘Never Gonna Dance Again’  Act 1 album. The music video for the prologue single ‘2 Kids’ was unveiled on August 4, 2020. The album was followed up with the spellbinding title track ‘Criminal‘. He took his story forward with ‘Never Gonna Dance Again’  Act 2 which released on November 9, 2020, along with ‘Idea‘ music video.

SHINee released their 7th regular repackage album titled ‘Atlantis‘ on April 12, 2021. The multi-talented popular Korean group SHINee, who’ve been together for 13 years, made their first comeback in several years in February 2021. The long-awaited seventh full-length album titled ‘Don’t Call Me’ came with a fiery music video.