Please Like Us!!!
DesiGoogly > Shilpa Shetty looks stunning in a satin green jumpsuit and it’s the perfect formal pick

Shilpa Shetty is back to hustling and has been making fashionable statements with her unique looks and style sense. 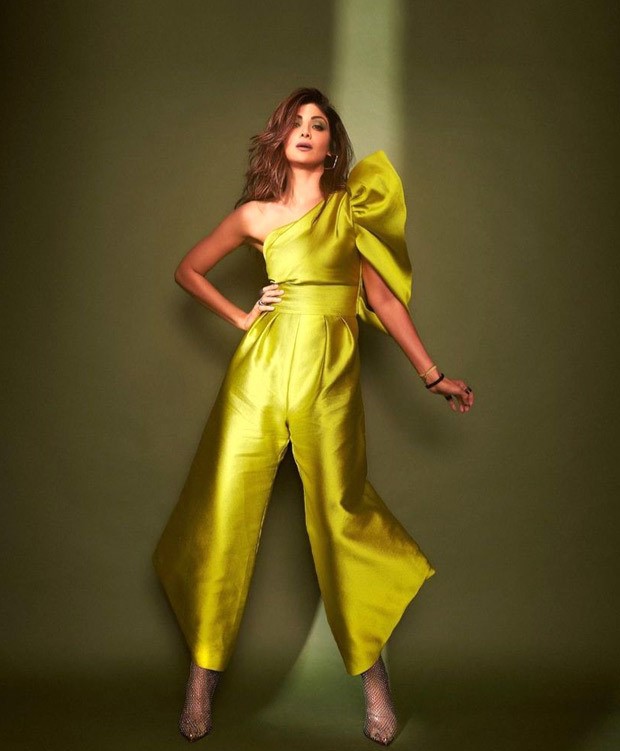 Shilpa Shetty is the epitome of divine beauty. She styled a gorgeous deep pistachio green blazer jumpsuit. The set features an exaggerated bow, one shoulder detail with a broad belt like cinch at the waist with flared, wide leg bottoms. She looked beautiful with bronzed makeup, a tinge of a neutral nude tone on her lips with her hair in soft curls in a side partition.

Shilpa resumed work in August and is one of the judges on Super Dancer 4. The actress made a comeback to movies after over a decade with the recently-released comedy, Hungama 2 directed by Priyadarshan. The film has been streaming on Disney+ Hotstar since July 23. Next, she will star in the upcoming action romantic comedy Nikamma, directed by Sabbir Khan.