Shanaya Kapoor is a Gen Z sensation. She styles herself and looks stunning in every outfit. The Kapoor Khandaan is just out and about celebrating and dropping some super fashionable looks. We were just getting over Rhea Kapoor’s wedding details and they have already dropped another bomb. 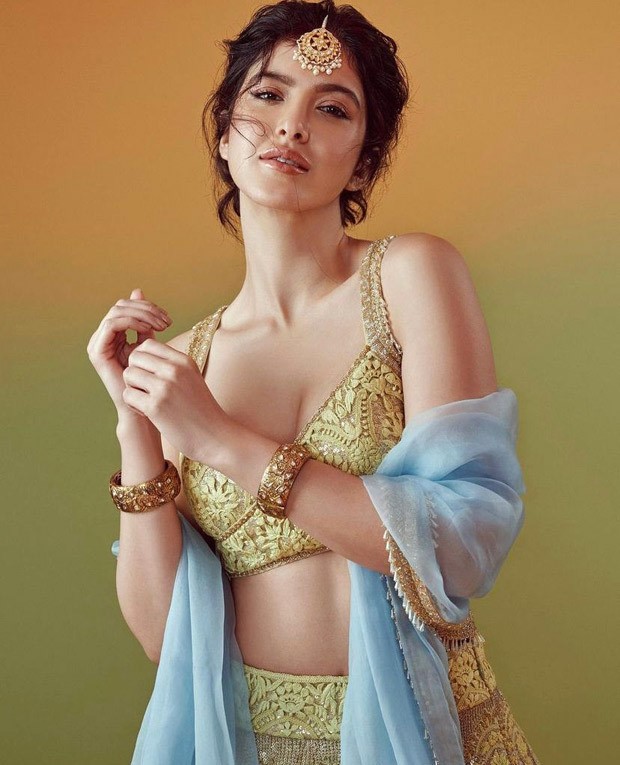 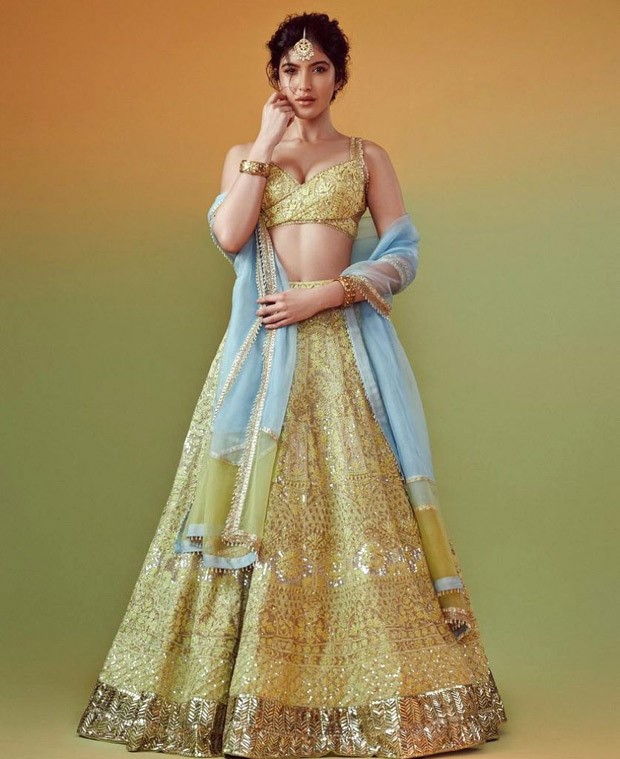 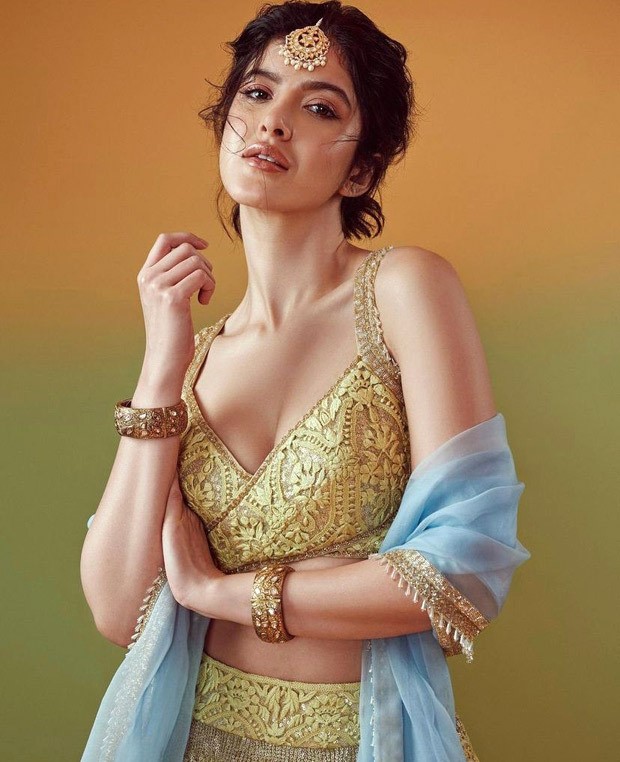 Shanaya Kapoor went for a softer shade of yellow for Antara Marwah’s baby shower. She styled a plunging neck blouse with a criss cross back detail. The lehenga features heavy yellow embroidery with soft gold zari work. Her lehenga also featured a heavy gold border. She paired with an ice blue dupatta. The heavy embroidery work stood out as the zari work complemented the pastel yellow. 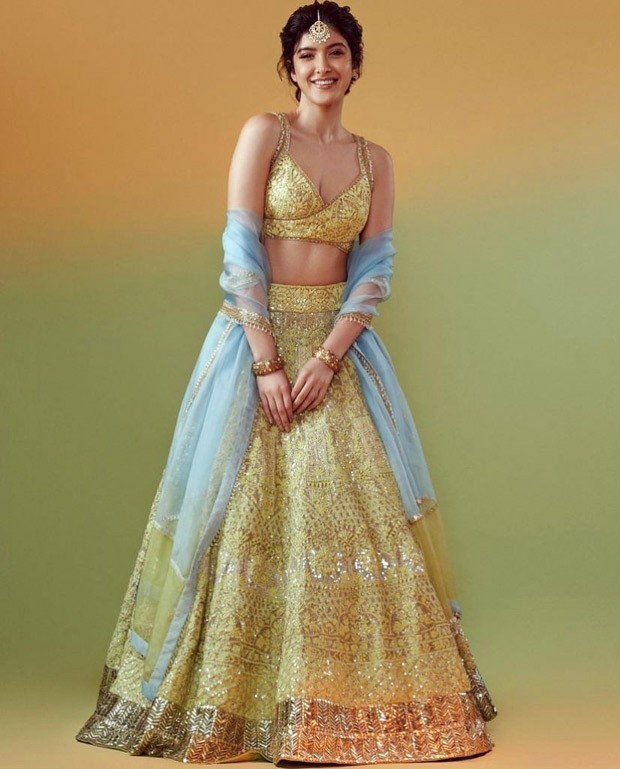 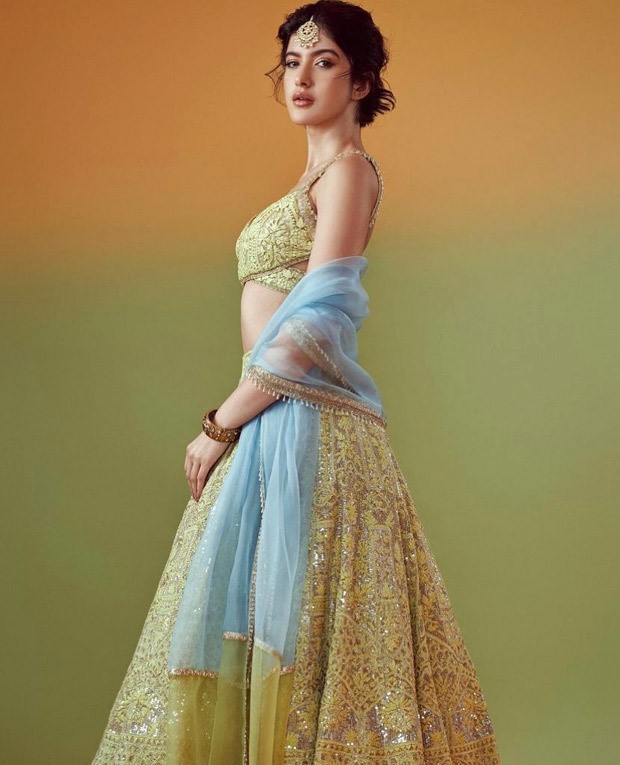 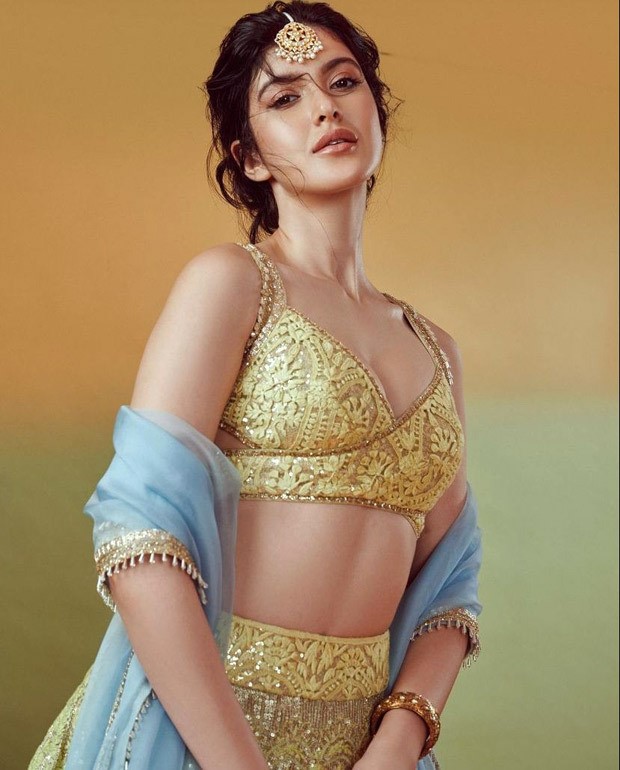 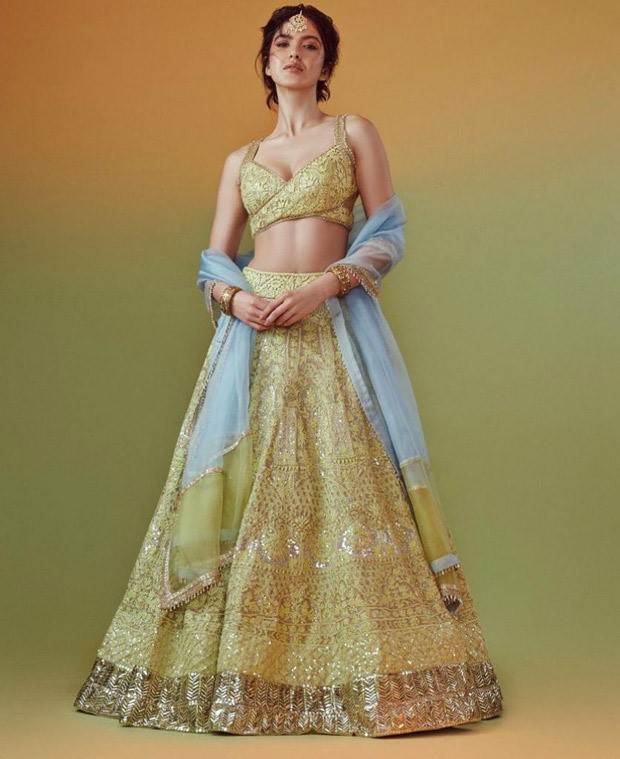 Shanaya went for a fresh makeup look as she glowed with shimmer shadow, highlighted cheeks, glossy lips and a messy bun with a few stray curls framing her face. She chose heavy gold jewellery with a Maang tikka and kada, she gave earrings a miss! 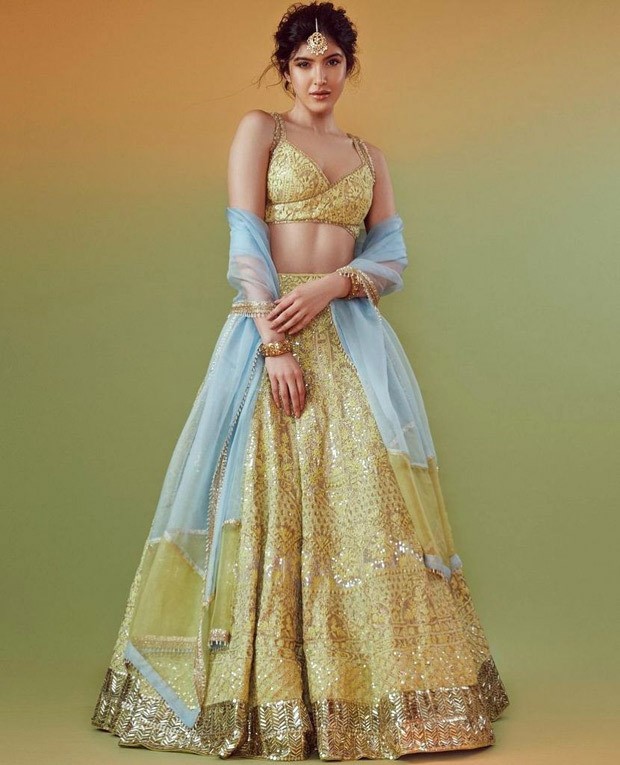 On the work front, Shanaya was the Assistant Director for her cousin Janhvi Kapoor’s movie Gunjan Saxena- The Kargil Girl. Shanaya is currently prepping for her big debut; she hits the gym more often than not and is also taking dance classes.