Please Like Us!!!
DesiGoogly > Shanaya Kapoor flaunts her figure in athleisure as she prepares for her dance class

Shanaya Kapoor is a Gen Z social media sensation. She styles herself and looks stunning in every outfit. 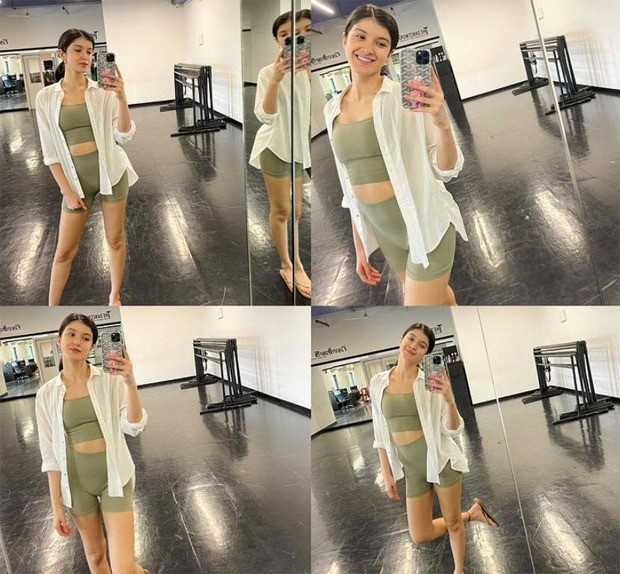 Shanaya Kapoor has been taking classes, hitting the gym, and she’s right on track for her big Bollywood debut. She was recently spotted at her dance class in an olive green set. She paired the sports bra and cycling shorts with a sheer white shorts. Shanaya looks fresh with soft makeup and her hair in a low middle parted pony tail.

Shanaya was the Assistant Director for her cousin Janhvi Kapoor’s movie Gunjan Saxena- The Kargil Girl. She has been roped in by Dharma Cornerstone Agency and will soon be making her debut in a Dharma film. The film is yet to be officially announced.