Please Like Us!!!
DesiGoogly > Shabana Azmi shares priceless throwback pictures from the day she was introduced to Sanjay Dutt by Sunil Dutt

Senior actor Shabana Azmi recently shares a priceless throwback picture with late actor Sunil Dutt and his actor son Sanjay Dutt. The picture is from the day Shabana Azmi was introduced to Sanjay Dutt by his father. 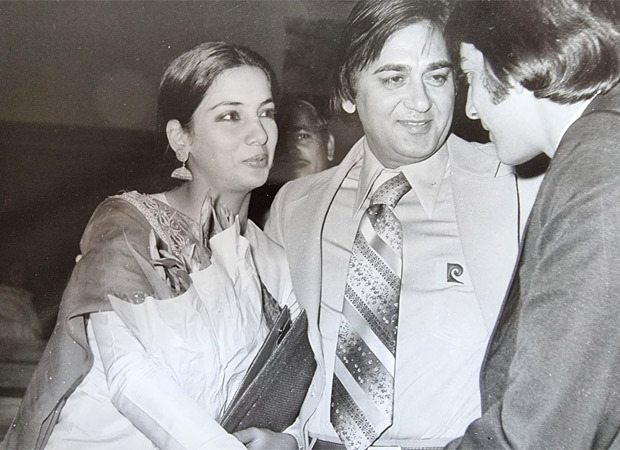 In the black-and-white picture, Shabana can be seen shaking hands with Sanjay Dutt as Sunil Dutt introduced them. The picture was shared with Azmi by Sanjay’s sister Priya Dutt. Sharing the picture on Twitter, Azmi wrote, “Being introduced to a young #Sanjay Dutt by his father #Sunil Dutt Saheb . Photo courtesy #Priya Dutt” Take a look:

Sunil Dutt passed away in 2005 after suffering a heart attack. Recently, Sanjay remembered his father on the occasion of Father’s Day.  “Dad you’ve always taught me to treat everyone equally, to give them love and respect and to be a kind person. I try to share the same values with my children as you’ve always been my ideal. #HappyFathersDay,” he had captioned the post.

ALSO READ: “We must not mourn Dilip Saab, we must celebrate him,” says Shabana Azmi