Please Like Us!!!
DesiGoogly > SEVENTEEN makes Billboard 200 debut at No. 15 with their latest album ‘Your Choice’

K-pop group SEVENTEEN dropped their much anticipated 8th mini-album ‘Your Choice’ with accompanying music video for the title track ‘Ready To Love’ on June 18. The 13-member has all the reasons to celebrate as the album debuted at No. 15 on the Billboard 200 chart. It is a weekly ranking chart for the albums in the United States. 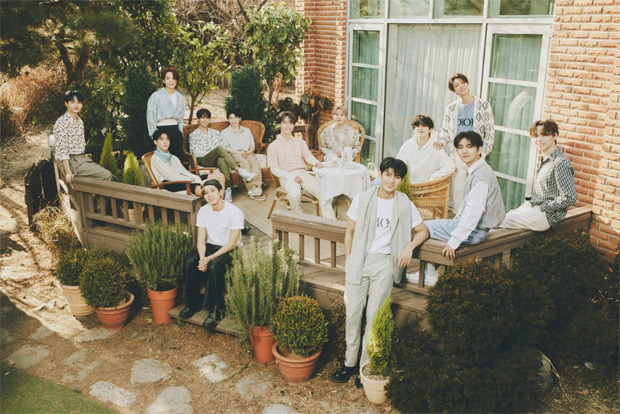 According to Billboard, the EP sold 21,900 units and topped Billboard’s Top Album Sales chart. This marks the debut of the group on the Billboard 200 chart in Top 20.

“It’d be really nice to place our name on the main Billboard charts,” the leader of the group S.Coups said during the global press conference on June 18. “That would be really great and we’d get energized.”

“The goal is to be on Billboard’s charts. We want to top the Billboard charts,” Seungkwan had mentioned during the press conference, further adding, “targeting audiences in the U.S. and the Americas as well. And I think we’ll have more opportunities to perform on global shows.”

With ‘Your Choice’, they continue the narrative of courageously confessing their romantic feelings to the person who brings those feelings out in them. The title of their eighth mini-album, ‘Your Choice’, is given from the perspective of someone who values another’s choice above their own. SEVENTEEN has redefined and broadened their mature image—one that only they’re capable of, which continues their warm way of sharing their concerns and respecting your choices and the characteristic sincerity that drives them to be honest about their feelings.

Right after their comeback, the parent company of the group Pledis Entertainment halted the promotions. According to their statement, one HYBE company staff and external staff tested positive for COVID-19 on June 18 and June 19. As a precautionary measure, the company decided to postpone the promotions and the 13 members of the group were in quarantine. Now, all members have tested negative for COVID-19, completed their quarantine period, and have resumed the promotional activities from June 29.

Kicking off the celebration with US promotions, the self-producing group made their way to Jimmy Kimmel Live to perform their foot-tapping number ‘Ready To Love’ on June 29.

Meanwhile, the group’s members Hoshi, The8, and Wonwoo and Mingyu released their solo work earlier in April. The South Korean group dropped their third Japanese single titled ‘Not Alone’ or ‘ひとりじゃない’ (Hitorijanai). The single pre-released on the music platforms on April 15, 2021, and the music video released on April 18, 2021.