Please Like Us!!!
DesiGoogly > Selena Gomez is taking her Rare Beauty brand global

Selena Gomez is now taking her beauty brand Rare, global. The brand was launched after the releasing of her album last year in January. Now, the songtress is excited to take her venture global. 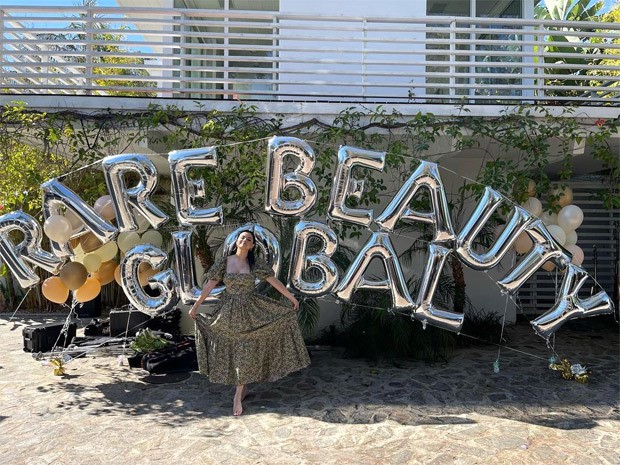 Selena Gomez, on Thursday, shared the news and wrote, “So excited that @rarebeauty is now global! I’ve put my heart and soul into my brand and couldn’t be more grateful I get to share it all over the world. Was on set today shooting our next campaign -so sad I couldn’t be in each country to celebrate. Can’t wait to visit and see y’all soon! ♥”

In the pictures, she was dressed in a gorgeous floral printed flowly dress with a square neck and elbow length balloon sleeves. She was seen glowing with happiness and success!

Meanwhile, Selena Gomez is currently shooting for Only Murders in the Building alongside Martin Short and Steve Martin. She will serve as an executive producer for the Hulu series. She is currently starring in Selena+ Chef, an HBO MAX series. The songtress will now return as the lead actress in Hotel Transylvania 4. She has also turned the executive producer of the film.