Please Like Us!!!
DesiGoogly > Sara Ali Khan visits Mahakaleshwar temple ahead of the release of Atrangi Re

Actress Sara Ali Khan is gearing up for the release of her much-awaited film Atrangi Re. In the film, the actress is playing the role of a Bihari girl named Rinku. Ahead of the film’s release, the actress has been doing its promotions in full swing. 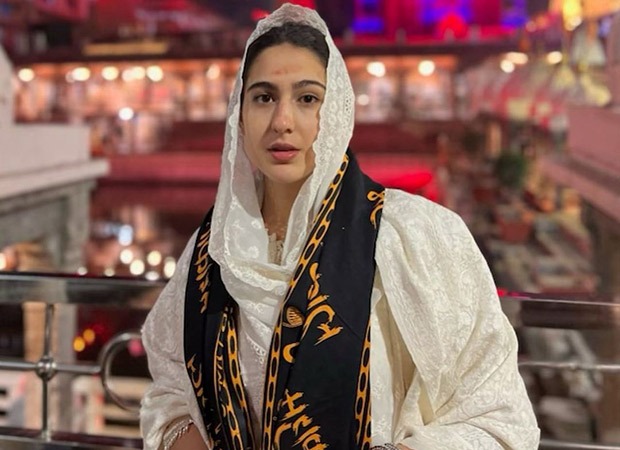 Recently, to seek blessing for the success of her film Sara Ali Khan visited the holy place of Mahakaleshwar Jyotirlinga situated in Ujjain, Madhya Pradesh. The actress shared a glimpse of her visit through an Instagram post. In her post, she shared a bunch of pictures in which she can be seen donning a white Chinkari salwar suit and a black scarf that had Sanskrit shlokas written on it.

Apart from that, she also wore a white mask that had written ‘Rinku’ in it (her character from Atrangi Re). Sara can be also seen praying and worshiping in front of the temple. In the pictures, the pretty background of the holy Mahakaleshwar temple can be clearly visible.

Sharing the pictures, Sara wrote, “Jai Mahakal” along with folded hands emoticon in the caption. Apart from that, she also shared a picture on her Instagram story and wrote, “Rinku and Sara for all your love. Atrangi Re out tomorrow!” 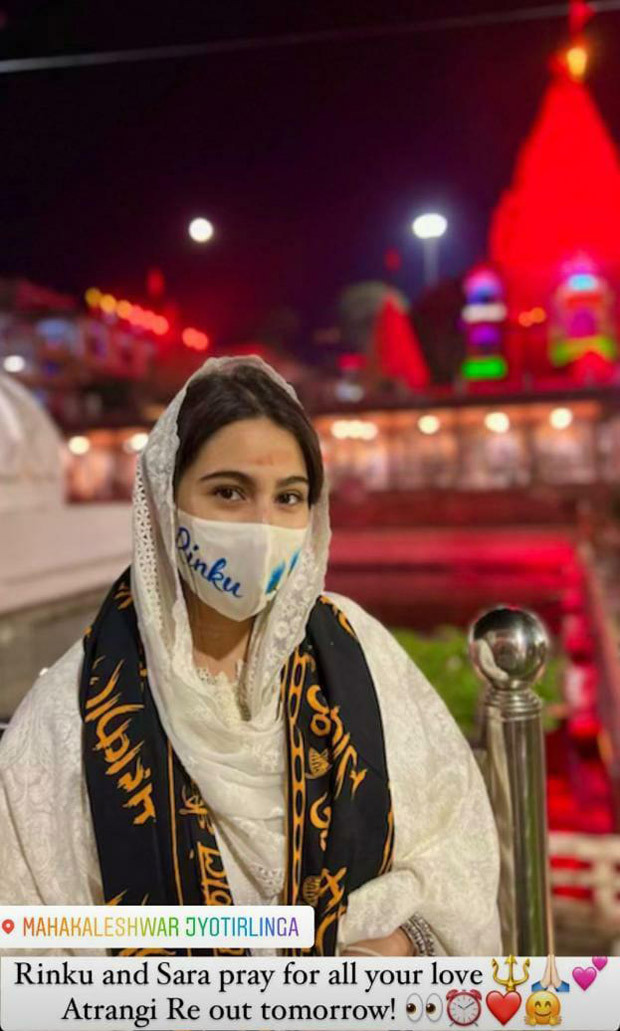 Helmed by Aanand L. Rai, Atrangi Re stars Sara Ali Khan and South star Dhanush in the lead roles. The film will stream from 24th December, 2021 onwards on Disney+Hotstar.

ALSO READ:Dhanush expressed his reservations to Aanand L Rai regarding Sara Ali Khan’s casting in Atrangi Re, says he was ‘worried’