Please Like Us!!!
DesiGoogly > Sara Ali Khan sums up her Kashmir trip with brother Ibrahim Ali Khan and mother Amrita Singh with multiple pictures and videos

Sara Ali Khan took to the northern part of India to beat the heat in Mumbai along with her brother Ibrahim Ali Khan and mother Amrita Singh. The young actress has been sharing stunning pictures and fun videos shot during her trip to the snow capped mountains of Kashmir. 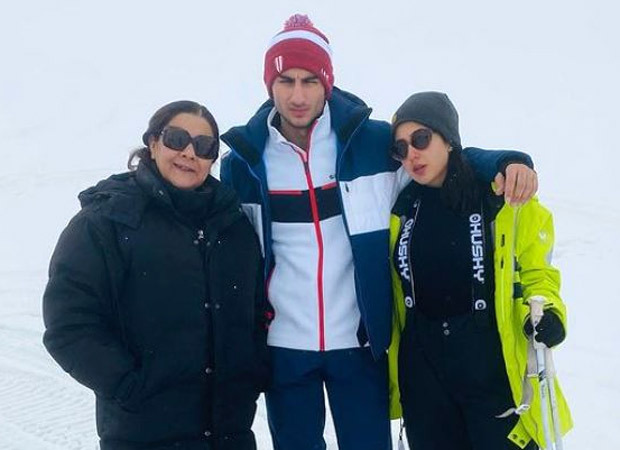 On Thursday, Sara shared multiple pictures and videos quite summing up her days in Kashmir with family and close friends. In the first picture, Sara is seen making a grumpy face as she poses for a picture. In the second picture, she is seen posing alongside her mother Amrita Singh and brother Ibrahim dressed in warm clothes on a snow capped mountain. She also shared a picture with brother Ibrahim where the two are seen sitting alongside a bonfire.

Sharing the picture, and video, she wrote, “A little bit of paradise on earth ????

Of people so wonderful there truly is a dearth @manan_tramboo

On the work front, Sara Ali Khan will next be seen in the film Atrangi Re alongside Dhanush and Akshay Kumar. Directed by Aanand L Rai, the film will be released on August 6, 2021.

ALSO READ: Sara Ali Khan’s video diaries from Gulmarg with Amrita Singh are NOT to be missed!