Please Like Us!!!
DesiGoogly > Sara Ali Khan on being part of an A R Rahman song for Atrangi Re; says, “It is quite surreal”

Since the launch of the song ‘Chaka Chak’, Atrangi Re’s music has been receiving immense love from the masses all around. The music album was launched by the makers in a grand concert by the music maestro A R Rahman on December 6, 2021. Besides the legend A R Rahman himself, the concert was graced by Akshay Kumar, Sara Ali Khan, Bhushan Kumar, Aanand L Rai, and Irshad Kamil. 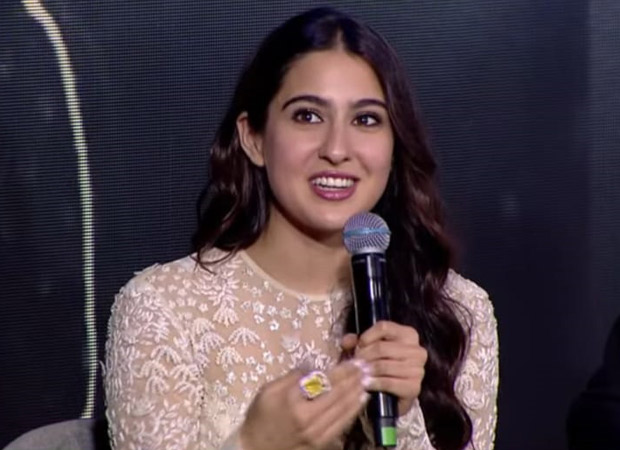 During the event Sara was asked by the host Mandira Bedi how was it dancing to AR Rahman’s music numbers. To which Sara Ali Khan expressed her gratitude and said, “It’s just surreal. I have grown up listening to Rahman Sir’s music. He is truly an inspiration, he is an institution in music. I think today when I was watching the song on YouTube I couldn’t believe that firstly, it started from being a scratch that Anand ji made me here. Then it became something that I kept hearing when Vijay sir would say music and then I would dance to it on sets. Now, it is something that I can press play, and watch.”

She added, “It’s Rahman Sir’s music, Irshad Sir’s lyrics, and Shreya Ma’am’s voice. It’s unreal that a year ago, right after lockdown we were in Madurai shooting this song. And now we are watching it and hopefully dancing to it and celebrating it but it’s just not real.”

ALSO READ:AR Rahman opens up on his musical journey of the film Atrangi Re