Samantha Akkineni is a looker! The Telugu star is a stylish diva who goes from traditional to gorgeous glamourous looks in no time. 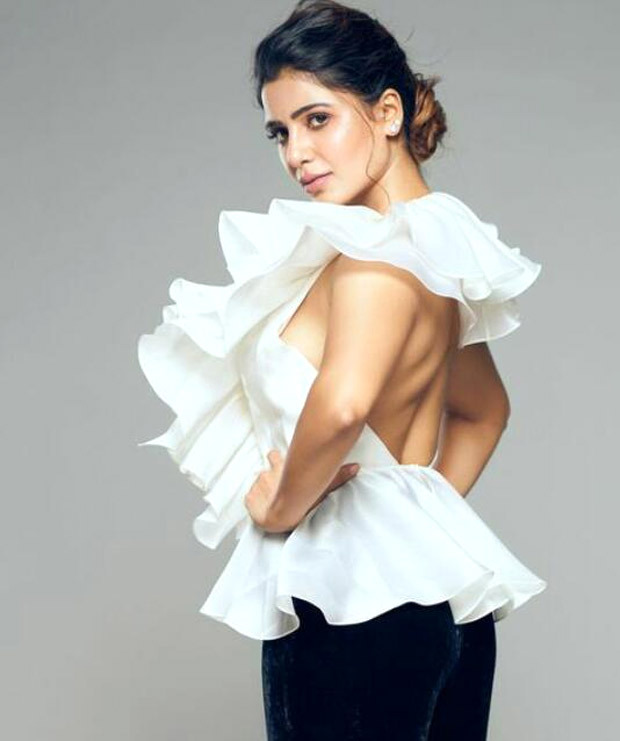 This past weekend, she uploaded a few pictures of herself dressed in a white ruffled top with black velvet pants. The peplum styled white top featured exaggerated ruffles as Samantha flaunted her toned back. Akkineni pulled off the soft and shimmery makeup with her cheekbones patted with a streak of popping highlighter and her hair in a messy bun.

On the professional front, Samantha Akkineni will soon be seen in a whole new avatar in Gunasekhar’s mythical drama Shaakuntalam. The film which also sees Dev Mohan, Aditi Balan, Mohan Babu and Malhottra Shivan is based on Kalidasa’s work. The filming commenced on March 15 this year at Annapurna Studios with designer Neeta Lulla brought on-board for Samantha’s costumes. However, shooting halted due to the second wave of coronavirus pandemic and was picked up after unlock.

Recently, the actress made her Hindi digital debut with Amazon Prime Video series The Family Man 2.