Please Like Us!!!
DesiGoogly > Salman Khan reveals why he keeps all criticism of Aayush Sharma’s work to himself

Salman Khan and his brother-in-law Aayush Sharma will be seen sharing the screen for the upcoming film Antim-The Final Truth. The two actors launched the trailer of the film in Mumbai on Monday at an event. While Salman plays the righteous cop, Aayush will be seen as a gangster in the film directed by Mahesh Manjrekar. 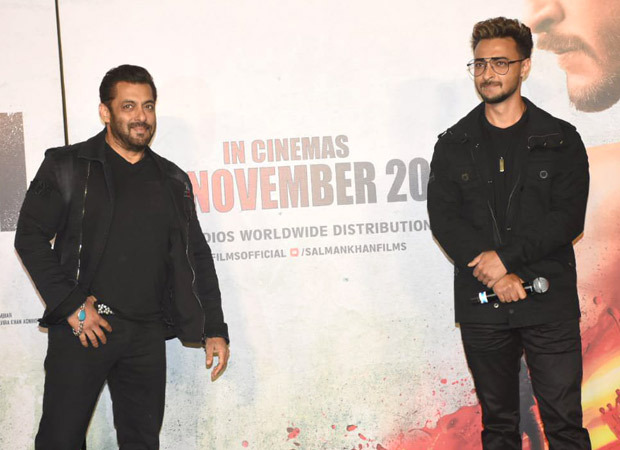 At the trailer launch event, Salman was asked by the press if he is critical of Aayush or holds himself back since he is family.”“I keep my criticality within myself. Because then it becomes a big critical problem for him at home. He will go and tell Arpita that ‘this is what bhai said’, and then it will all come back to me,” he said.

He further said, “But he is a sensible boy, he knows his stuff. He has his brains in the right place, he uses them as well. Padha likha chhokra hai and good at heart, abhi tak toh.”

Aayush also spoke about the comfort he has while working with Salman. “Salman is like my elder brother and mentor. He is an integral part of our family. We go back to him for every small thing. The comfort level is always there to say what you want to him but with respect,” he said.