Please Like Us!!!
DesiGoogly > Saba Ali Khan reveals why Ibrahim Ali Khan chose to have the same tattoo as his younger brother Taimur Ali Khan

Soha Ali Khan and Kunal Kemmu recently hosted a birthday party for their daughter Inaaya Naumi Kemmu. The party was attended by family and close friends. Saif Ali Khan’s sons Ibrahim Ali Khan and Taimur were also present at the party and were seen getting matching tattoos at the party. 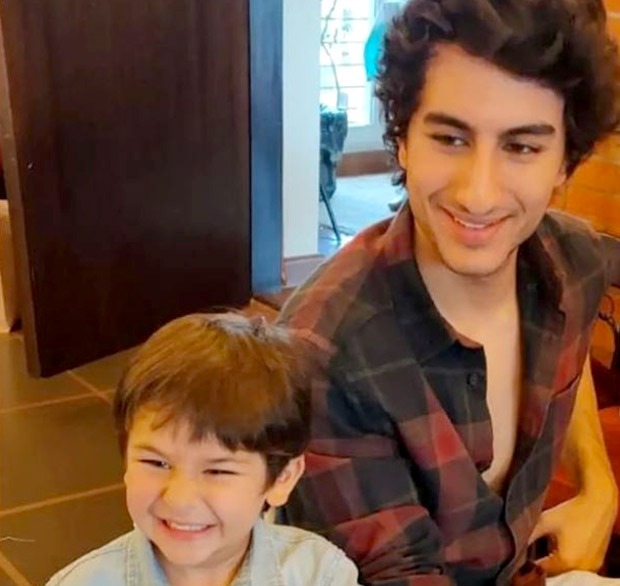 Kareena Kapoor Khan had shared a picture of Ibrahim and Taimur flaunting their matching tattoos. The picture was initially shared by Ibrahim on his Instagram stories with the caption, “The only person I would get matching tattoos with.”

On Wednesday morning, Saba Ali Khan took to Instagram and posted their pictures again. In her post, she revealed why Ibrahim opted to have a matching tattoo with his brother.

“TWiiiiiNninG Brothers! Tattoos together..brothers in arms! Literally Ibrahim…chose to have the same as Tim… saying , I want what my brother has! Love the bond…Mahsha’Allah. Big brother Photography: ME,” she captioned the picture.

Meanwhile, Ibrahim Ali Khan is currently completing his education and the buzz is that he will soon be making his screen debut.