Please Like Us!!!
DesiGoogly > Ryan Reynolds, Samuel L. Jackson and Salma Hayek are in fun yet deadly mayhem in Hitman’s Wife’s Bodyguard trailer

Actors Ryan Reynolds and Samuel L. Jackson are returning in the sequel of Hitman’s Bodyguard which released in 2017. This time, Salma Hayek has joined the cast. Titled Hitman’s Wife’s Bodyguard, Lionsgate and Millennium released the first trailer of the film on April 13. 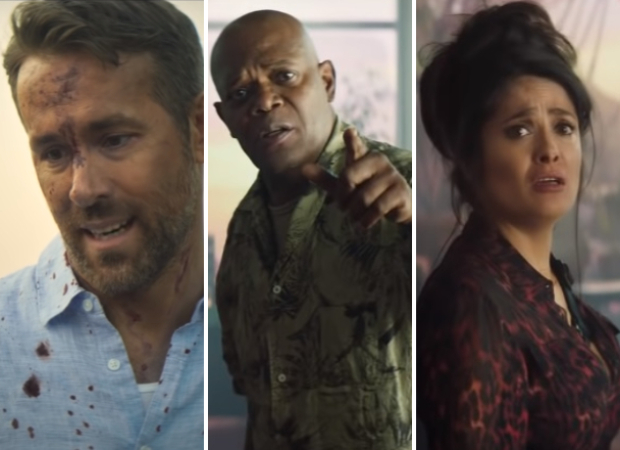 The trailer has Britney Spears’ ‘Baby One More Time’ song playing in the background. The world’s most lethal odd couple – bodyguard Michael Bryce (Ryan Reynolds) and hitman Darius Kincaid (Samuel L. Jackson) – are back on another life-threatening mission. Still unlicensed and under scrutiny, Bryce is forced into action by Darius’s even more volatile wife, the infamous international con artist Sonia Kincaid (Salma Hayek). As Bryce is driven over the edge by his two most dangerous protectees, the trio gets in over their heads in a global plot and soon finds that they are all that stands between Europe and a vengeful and powerful madman (Antonio Banderas). Joining in the fun and deadly mayhem is Morgan Freeman as…well, you’ll have to see.